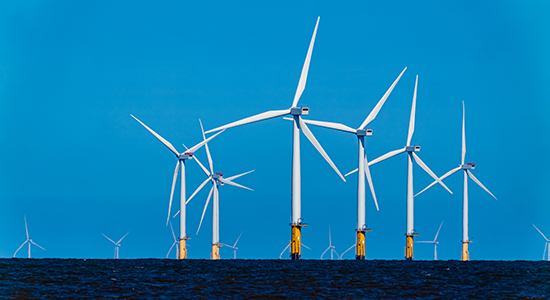 Recent market turmoil for the UK’s pension sector could harm the country’s net zero ambitions as schemes turn away from investment in green infrastructure, according to a former pensions minister.

Steve Webb, who spent five years in the role between 2010 and 2015 and is now a partner at consultancy LCP, warned that the current drive for liquidity among the country’s defined benefit pension schemes “could seriously undermine the push for investment in illiquids” and harm the investment in green infrastructure needed for the UK to hit net zero.

Under former prime minister Boris Johnson, the UK government took a number of steps to encourage domestic investors to back illiquid assets in support of its “levelling up” programme to reduce regional inequality and achieve the UK’s net zero ambitions.

Alongside changes to pensions and investment regulations intended to allow for greater investment in illiquids, one of the main objectives of proposed reforms to the Solvency II regulation governing insurers was to better allow them to provide long-term capital for investments, including in green infrastructure and technology.

However, this drive may be stymied as pension schemes reevaluate their allocations following turmoil in the markets.

A series of fiscal policy announcements last week by the new UK government led by Liz Truss caused the value of gilt holdings to sink dramatically, triggering calls for increased collateral from funds using a strategy called liability-driven investment, which involved schemes borrowing to finance hedges against fluctuations in interest rates. UK “lifeboat” fund the Pension Protection Fund, which has total assets of £39 billion, was forced to provide an extra £1.6 billion in collateral, for instance.

This forced schemes to sell off their most liquid assets quickly in order to put up the cash. For many, the only assets to hand were long-term gilts, the sale of which pushed yields even higher, prompting calls for even more collateral. The spiral only stopped when the Bank of England stepped in to stabilise the market.

“Where schemes are now targeting higher levels of liquidity they are likely to review the long-term assets they already hold and be more wary about taking on new commitments,” Webb added. “The government may need to work much harder to persuade pension funds that investing in illiquids should be a priority at the moment.”

The news comes as the government has proposed allowing defined contribution pension schemes to exclude performance-based fees from a regulatory cap on charges of 0.75 percent in a further move to drive investment in illiquids.