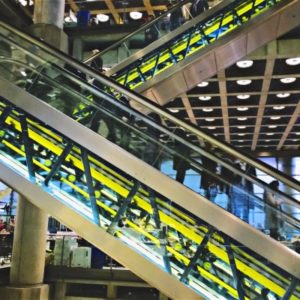 Insurance giant Lloyd’s of London is under fire for “ducking its responsibilities” on climate change, despite rolling out its coal divestment policy just days ago.
The commitment, made in January, will see Lloyd’s divest most of its £2bn Central Fund from coal projects, defined as “enterprises which generate at least 30% of their revenue or electricity from coal, produce at least 20m tonnes of coal a year, or operate at least 10GW of coal-fired power stations”. But environmental law firm Client Earth and campaign group Unfriend Coal issued a joint statement this week saying the pledge does not go far enough, and there will be no impact on the remaining £77.5bn of assets run via Lloyd’s through its syndicates.
“This policy only applies to a fraction of the capital which underpins the market,” said Client Earth’s Company and Finance Lead, Alice Garton. “Lloyd’s could and should be going so much further.”
Lloyd’s recognised that climate change that could “strand entire regions and global industries within a short timeframe, leading to direct and indirect impacts on investment strategies and liabilities” in a report published in February 2017. However, it has yet to update its members’ Minimum Standards to reflect these risks.
Garton added that it was “the responsibility of Lloyd’s, and not just individual managing agents, to manage the stranded asset risks posed by coal”. A failure to do so, she said, would mean the risks would “remain a threat to the stability of the market”.
The campaign is calling for Lloyd’s to update its Minimum Standards to include stress-tests for coal exposure and related business activities, as well as obliging members to use “current and peer reviewed climate science in the evaluation of stranded asset risks”. They are also calling for Lloyd’s to promote the recommendations from the Financial Stability Board’s Taskforce on Climate-related Financial Disclosures, which are gaining increasing traction in the market.Although Lloyd’s has not been a leader in the conversation around climate change so far, it made headlines when Mark Carney, Governor of the Bank of England and Chair of the FSB, chose its annual City Dinner as the place to make his seminal ‘Tragedy of the Horizons’ speech in 2015. In the speech, he warned the insurance industry that it faced “potentially huge” losses from the effects of climate change. In the months following, the FSB created the TCFD to come up with recommendations on the topic.
While Client Earth and Unfriend Coal praised the news that Lloyd’s had adopted Unfriend Coal’s recommendations in relation to its definition of coal companies, it pointed out that – even within its own assets – it was still falling short of best practice by not divesting other ‘extreme’ fossil fuels such as tar sands. It also pointed out that “it makes no commitment to divest from companies building new coal power, creating a loophole for investment in companies not captured by the divestment criteria which are developing at least 90GW of new plants”.
16 major insurers, including Zurich, Swiss Re, Axa, Aviva and Allianz, have now committed to some level of coal divestment. The statement from Unfriend Coal and Client Earth says Lloyd’s own policy “fails to cover Lloyd’s core business, offering and regulating an insurance market. It does not stipulate any measures to address the risks of underwriting coal-related business through the Lloyd’s market. It creates the risk that Lloyd’s members may fill the gap which other insurers have created by ceasing to underwrite coal projects.”