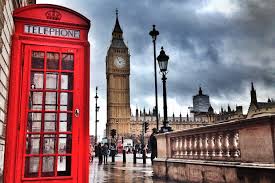 The London Pensions Fund Authority (LPFA), the £4.8bn (€6.6bn) local authority fund in the UK capital, has rejected calls from a local politician for it to adopt a French-style ‘90/10’ rule for investments, such that 10% of a fund is directed towards social investment in the city.

The call was made by Conservative London Assembly member James Cleverly who has written a report and made a number of recommendations for strengthening social investment in London, including for the LPFA to dedicate more of its investments to this area.

But a spokeswoman for the LPFA told Responsible Investor that its “first responsibility is to be able to pay pensions”. She continued: “We consider the social impact of our investing within our agreed approach. However, we do not specifically have a target for the percentage of the fund in social enterprises.”

In France, pension providers for employee savings schemes must offer the option of at least one solidarity fund or ‘fonds solidaires’, which provides a mix of socially responsible and high impact social investments. The rule was introduced in 2010 and in the last four years assets in the solidarity funds have quadrupled to reach almost €3bn invested by almost one million French savers.

Speaking to Responsible Investor, Cleverly said his suggestion to the LPFA wasn’t binding people to do social investment but giving them the choice: “It would push the sector to be a little more imaginative with their advice and broadens the spectrum of investment opportunities to people.”He continued: “The good thing about 10% is that it is modest enough to consider it alongside traditional investment.”

The idea of pension fund managers being obligated to offer savers the option of investing “socially” is gaining traction in the UK. Last year, the Social Investment Forum, a coalition of UK social investors, including Big Society Capital, Bridges Ventures and Social Finance, called for a French-style ‘solidarity fund’ rule.

Through SIBs, governments take an acute social problem such as reoffending, and design targets to effectively tackle the issue. Private investors provide funding to non-profits to meet these targets, and receive a return from government if successful. The idea is that lower reoffending saves government money, and that part of the savings, if achieved, go to the investors.

The London Assembly oversees the work that the Mayor does and Cleverly says clear leadership on social investment from national government has yet to materialise.