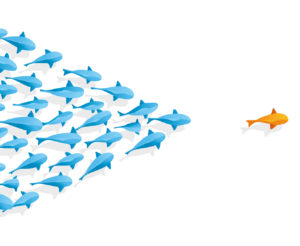 Over the coming days, RI is running a series of in-depth interviews with the CEOs, CIOs and sustainability specialists of Sweden’s leading public pension funds, to look at their plans for ESG in 2019 and beyond. It’s a landmark year for the AP funds, which have combined assets of some SEK1.7trn (€164bn) and are regulated under the country’s National Pension Insurance Act, mandated by its Parliament. Earlier this month, a law came into force requiring the first four funds (AP1, AP2, AP3 and AP4) to be “exemplary” on sustainability – more specifically, to work together on three areas:

The Council of Ethics, the body that coordinates the funds’ sustainability work, has set up a working group to pursue these goals, comprising the CEOs of the four funds, and other relevant experts. On the back of months of work, the funds have now published their shared positions on the three objectives.

Most pressingly, they have addressed the slippery issue of what the government means by “exemplary”. The AP funds have come up with their definition, which includes “integrating sustainability factors, such as [ESG] as well as ethical aspects into the operations, both in the funds’ own organisations and in it asset management operations”. The position paper commits the funds to the Global Compact and Sweden’s own environmental ambitions, as well as using “science-based” facts and multi-stakeholder engagement.

“The First, Second, Third and Fourth AP funds must manage their funds in an exemplary way through responsible investments and responsible conduct,” they say. “When managing funds, special emphasis must be given to how sustainable development can be promoted without compromising the overall objective regarding risk and return.”

On sustainability reporting, the AP funds have notably said they will align with the Taskforce on Climate-related Financial Disclosures, on top of adhering to the Global Reporting Initiative standard and the Principles for Responsible Investment. They will also report on their contribution to the SDGs, disclose their carbon footprints in a standardised way and publish their voting records.
And on common exclusion guidelines – the third and final objective of the working group – the funds state that international conventions and treaties signed by Sweden “form the basis for assessing which assets the funds should not be invested in”.This has always been the case, but now they will “assess the purpose and character of the convention[s]” more deeply. They add that they retain a right to engage with firms instead of divesting, if they think they can have an influence. The Council of Ethics can recommend exclusion from companies that undermine conventions if they don’t think it’s possible to change their behaviour, or they deem dialogue to have been fruitless after four years. Just this week, it was reported that the Ethical Council has recommended mining company Vale for exclusion following its involvement in a second major mining disaster in Brazil. The AP funds have already made a number of other exclusions on sustainability grounds so far in 2019.

The ESG rules are the most explicit when it comes to sustainability, but another piece of legislation came in simultaneously which may also have implications for the funds. The first four now have much more flexibility to invest in unlisted, illiquid assets, giving them more opportunity for truly long-term capital allocation. It’s import to note that the funds are ‘buffer’ schemes, topping up the pension system but not taking on major annual liabilities like conventional funds.

And it’s not just AP1-4 that will be pushed hard on sustainability in 2019. The remaining two AP funds are not governed by the same legislation, but private equity specialist AP6 says it is still putting ESG at the top of its agenda this year, while AP7 has its own major rule changes to manage. The fund is part of the ‘premium’ part of the state pension system through which savers can choose from AP7 or close to 1,000 other, private options. But this is about to change dramatically. Sweden’s parliament, concerned about providers ripping savers off (some have already faced criminal charges), are strengthening the eligibility criteria for funds operating in the system, which is expected to result in a huge reduction in offerings over coming years – eventually closer to 100 than 1,000, it’s expected. At the same time, savers will automatically be put into AP7 and have to actively move to another fund if they want to – the combination of which means inflows look set to rise dramatically.

So, there are big changes afoot across the AP pension system, with direct and indirect implications for sustainable investing. Over the coming days, we’ll be hearing from five of them – all among the most forward-thinking asset owners in the world on ESG – about the way they’re moving on everything from gender, human rights and the SDGs, to scenario analysis, divestment and suing the world’s corporate giants.

AP3 declined to take part in this series, but has been closely involved in the process of responding to the ESG law changes via the Ethical Council and the fund told RI it “has set clear sustainability targets for the period 2014 – 2018, and these targets are now being evaluated, and new targets will be developed”.