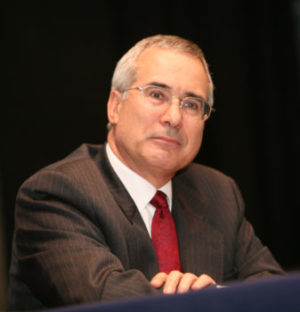 Lord Stern, the leading climate economist, has become the latest figure to emphasise the need for a ‘just’ transition to a low-carbon world.

The term ‘just transition’ appears in the preamble to the 2015 Paris Accord.

It states the parties to the agreement take into account the “imperatives of a just transition of the workforce and the creation of decent work and quality jobs in accordance with nationally defined development priorities”.
Pointing out there is “no long-term high carbon growth story” for the global economy, Stern – Chair of the London School of Economics’ Grantham Research Institute on Climate Change and the Environment — said: “We need to think about the justness of the transition too.”
The impact of renewables on coal mining communities had to be taken account of, he said, adding that a “just transition is going to be an important part of policy”.

Introduced by former Securities and Exchange Commission Chair Mary Schapiro, Stern was speaking at an event organised by the Bank of England and the FSB Taskforce on Climate-related Financial Disclosures (TCFD) in London yesterday.Others who have referenced the ‘just transition’ recently include CalPERS’ Anne Simpson. The Investment Director of Sustainable Investments at the $300bn giant made the plea at the PRI in Person conference in Berlin last month.

“There is no long-term high carbon growth story”

The Paris accord also calls for parties taking action to address climate change should respect human rights, gender equality and “intergenerational equity”.
Christophe McGlade, an analyst at the International Energy Agency (IEA), told the BOE/TCFD event that the body’s next flagship World Energy Outlook report, due to be released on November 14, will for the first time include a sustainable development scenario. The report will contain a full update of energy demand and supply projections through 2040 under different scenarios.

Meanwhile, a free online tool has been launched to enable firms to keep track of climate policies. The Climate Policy Tracker was developed by the We Mean Business coalition of nonprofit organizations.