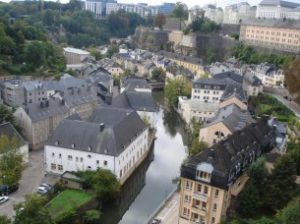 Luxembourg’s Ministry of Finance has put out a tender seeking a consultant to advise it on creating an “Climate Finance” investment vehicle focused on emerging markets.

The Ministry, according to the tender document, is looking to set up a “financially self-supporting asset structure” to invest in “climate change mitigation/ adaptation projects in developing and emerging markets”.

The successful bidder will advise the Ministry on options available for such a structure in terms of its “legal form, governance and risk management protocols”.

According to the tender, the “ultimate objective” of the contract is to “create a financing vehicle that invests according to international best practices with regard to environmental, social and governance (ESG) criteria, adheres to a clear set of impact indicators and is complementary to the existing climate finance ecosystem in Luxembourg”.

The deadline for submissions is October 31.

Luxembourg has been vying to become a green finance hub for some time; last year the Grand Duchy released its Sustainable Finance Roadmap – which was commissioned by the government and conducted by the UN Environment Programme Finance Initiative.

The tender comes as Luxembourg’s Minster of Social Security, Romain Schneider, last week was taken to court by Greenpeace Luxembourg due to his department’s failure to respond to questions it raised about the investments of the country’s €19bn sovereign pension fund, Fonds de Compensation (FDC).The climate NGO sent a letter to Schneider in August requesting information on how the fund planned to align its investments with the objectives of the Paris climate agreement and to provide information on the climate-related financial risks the fund is exposed to.

But Greenpeace was forced to take legal action through Luxembourg’s Administrative Court as it received no response.

Martina Holbach, climate and finance campaigner for Greenpeace Luxembourg, told RI that under Luxembourg law the Ministry is required to response to such queries within a month.

At the first hearing, last week, the judge asked both parties to provide written positions on the content of the issues raised in Greenpeace’s letter, and, according to the NGO, also “openly criticised the minister’s refusal to reply” to the letter.

Holbach told RI that is a “positive signal” that the Minister was asked to present a written position by the judge as this potentially means that the judge “wants to start discussions about the content of the case”.

A spokesperson for the Ministry questioned the accuracy of Greenpeace’s portrayal of the hearing.

“First of all, I need to say that the comments made by Greenpeace after the first hearing at the court weren’t very accurate regarding what has been said or what has been decided by the court,” she told RI.

“Indeed, all the court decided so far, was that the comments and position from both sides, starting with the one of the government, should be done in writing instead in oral [form] as initially planned. Afterwards, Greenpeace will have a chance to reply, so will we after Greenpeace’s reply. It will only be after those positions and replies that the court will make a final decision.”