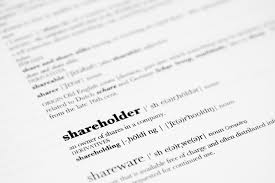 In tomorrow’s part 2 of this article we look at the fund managers voting in favour of the same resolutions, as well as some of the broader voting data from the AGMs