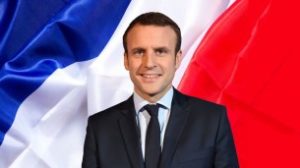 Sign up to a free trial of Responsible Investor

Emmanuel Macron, the French presidential candidate, says he favours a legal obligation for banks and life assurance companies to offer at least one sustainable and SRI labelled fund option when selling to clients, which would be a major boon to French retail responsible investment products if he is elected.
France goes to the polls this weekend (April 23) in the first round of its elections, with the two highest polling candidates running off against each other on May 7.
Macron is the only presidential candidate so far to reply to an open letter from the French SIF (Forum pour L’Investissement Responsable: FIR), asking for their vision on responsible and sustainable finance.
A former banker with Rothschild, Macron is running for his own En Marche (On the move) party, and polls have him rated as a potential candidate for the second round run off.
In a highly developed responsible investment approach, Macron said, if elected, he would introduce a flat rate, one-time tax levy of 30% on all investment products to encourage investment saving, which he said was still well below pre-financial crisis levels.
He said his plans for a €50bn injection in public investment would be geared towards a sustainable economy, notably with €12bn specifically targeting ecological transition and €5bn for improving agriculture methods.
But Macron acknowledged that public finance would not be enough for the size of the necessary transition. He said that if he becomes president one of the goals of the public spending plan would be to leverage private finance.In renewable energy, for example, he said the government would launch a request for proposal for private sector financing over 5 years, which he predicted could generate up to €30bn of additional financing.
Macron said a government under his presidency would seek to de-risk green project finance by using public money to encourage private sector take-up through, for example, greater issuance of green bonds, which he said would be a “clear signal” of support from government. In return, he said, that he expected the finance sector to bring finance and creativity to support the green energy transition and long-term investment products such as ESG and low carbon indices, portfolios that align with the 2 degree warming targets, green and sustainable bond issuance, low carbon loans, and more generally by supporting long-term and responsible investment.
Macron said a government under him would also look to examine, evaluate and reinforce France’s sustainability reporting standards and green and SRI investment labels in order to promote them as ‘market references’ and back them at a government level, and at a European level where he said he wants to see more generalised carbon reporting and European labels created.
Macron also backed Mark Carney, Governor of the Bank of England, in his assessment that climate change could represent a long-term risk to financial market security, adding that he could favour a so-called bonus/malus system for green assets within the capital requirements of banking and insurance groups.
Macron said France was already in the ‘avant-garde’ of sustainable finance and would seek to maintain its leadership position in the field if he is elected.