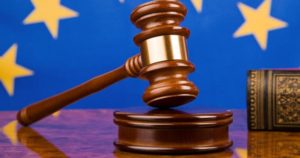 Major European Union member states – including Sweden, France, Ireland and Spain – look set to miss the transposition deadline for incoming “minimum harmonisation rules” on pension scheme governance, which include ESG provisions for the first time.
The European Union’s revised Institutions for Occupational Retirement Provision II (IORP II), which replaces the 2003 iteration of the directive, came into force in 2017.
But the deadline for transposition into law by individual EU member states passes this Sunday (January 13).
The directive, which was updated following the 2008 financial failure, was laid down in December 2016 and includes several hard fought ESG provisions, including that “where relevant” schemes should consider “risks relating to climate change, use of resources, the environment, social risk, and risks related to the depreciation of assets due to regulatory change (‘stranded assets’)”.
RI, however, has learned that at least several European member states are likely to miss this deadline.
A spokesperson for the Swedish Ministry of Finance told RI that “work is under way to transpose the directive” but that it won’t “enter into force [until] 1 July 2019, at the earliest”.
Similarly, Ireland’s Department of Employment Affairs and Social Protection, which is overseeing the transposition process, told RI that it is looking to transpose the directive “as early as possible” but added that the process is at an “advanced stage”.

He also said that the country’s Pensions Authority will issue codes of practice for pension fund trustees, which will “include consideration of ESG factors”, once the directive passes into Irish law.France’s Autorité de Contôle Prudentiel et de Résolution, the independent authority operating under the country’s central bank, told RI that “to date” the text has still not been transposed. But a spokesperson did not provide further details.
Mariano Jiménez Lasheras, a member of Spain’s sustainable investment network Spainsif who is close to the process, told RI that Spain has a number of IORP II “projects” but no “definitive drafts”. He added that it was “very unlikely” that the deadline would be met.
Denmark, Belgium, and the UK will see the directive come into effect on the 13 January after transposing it into legislation late last year.
The directive has already come into effect
in the Netherlands (1 January 2019), Germany (14 December) and Italy (12 December).
Member states are “obliged to transpose the legislation by the given deadline”, a spokesperson for the European Insurance and Occupational Pensions Authority (EIOPA) told RI.
She added that the EU supervisory body will be “conducting work together with the National Competent Authorities on the implementation of the IORP II Directive following the transposition deadline”, which it will publish later this year.
When asked what the implications were for failing to meet the transposition deadline, a spokesperson for the European Commission, which is monitoring the implementation of the new legislation, told RI that the Commission “would not speculate on this hypothetical question”.