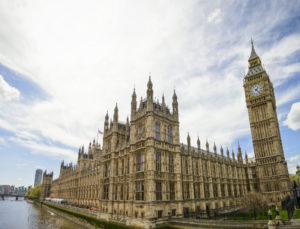 Investors representing £4.5 trillion of assets under management have called on the UK government to introduce mandatory human rights and environmental due diligence legislation for businesses, including financial institutions.

This law should cover “the operations and value chains of all business enterprises and financial institutions, public and private, domiciled or based in, operating or offering a product or service within the UK”, the statement said.

It also recommended that the Act be aligned with international frameworks – such as the UN Guiding Principles and OECD guidelines – and that businesses should be held legally liable for harm, with administrative and civil liability legislative provisions.

At the end of the document, the 39 signatories called on all governments to develop due diligence requirements for businesses. The statement was coordinated by the Corporate Justice Coalition.

Countries including France, Germany, Luxembourg, Finland and the Netherlands have already developed national mandatory human rights and environmental due diligence legislation, or are in the process of doing so.

At the EU level, the European Commission adopted a proposal in February on a directive that would also impose due diligence requirements.

The next stage is for the proposal to be presented to the European Parliament and Council for approval. Once adopted, member states will have two years to transpose the directive into national law and communicate the relevant texts to the Commission.

On Tuesday, RI reported that the Japanese Ministry of Economy, Trade and Industry recently closed a consultation on the country’s first human rights due diligence guidelines.

In its current form, companies would be required to establish a human rights policy, conduct supply due diligence, and establish a grievance mechanism at corporate or industry level. The guidelines are not expected to be mandatory or include any penalties for non-compliance.

Wednesday’s investor statement comes as a poll by Anti-Slavery International and the Corporate Justice Coalition found that four out of five of the British public support the introduction of a UK law to prevent environmental and human rights harm in business supply chains.