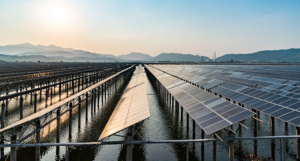 It follows a recent newsletter by Shareholders for Change (SfC), which suggested the recently launched solar engagement by the Investor Alliance for Human Rights (IAHR), “potentially involves a number of energy companies downstream of the supply chain, such as Iberdrola, NextEra, Enel, Engie or EDP, that may be sourcing solar panels from companies allegedly exposed to forced labour in Xinjiang.”

SfC are a member of the IAHR and part of its wider Xinjiang investor initiative, which was launched last year.

In response to the newsletter, a spokesperson for Storebrand Asset Management told RI: “We are engaging with many of the companies you mention together with the Investor Alliance on Human Rights. Additional companies may be added to the list as we gain more information.” The person would not be drawn on which of the companies it is engaging with.

Other investors are in dialogue with solar power companies independently, RI understands. DNB Asset Management – which has been engaging with companies in a range of sectors regarding Uyghur forced labour, and is considering joining the wider IAHR initiative – told RI it is also engaging with downstream solar energy players, but also declined to name the targets.

It targeted the renewable energy subsidiary of EDP Group as it is concerned “that companies of their supply chain are deeply entangled in forced labour schemes in the Uyghur region”.

Scatec Solar, which has Equinor as its largest shareholder, was targeted because of its inclusion in Sheffield University’s report In Broad Daylight – Uyghur Forced Labour and Global Solar Supply Chain. This report also underpins the IAHR engagement efforts in the space.

“Unfortunately, EDP has not yet replied back to our letter from November 22nd, whereas with Scatec we are by now in a trustful dialogue potentially in tandem with other Scatec shareholders that we have also contacted for that reason,” van Sambeck explained.

When RI inquired about whether Ethius would escalate action if EDP Renováveis remains unresponsive, he said: “We will see, but [we] are certainly not in the camp of considering straight-divestment as an intelligent impact strategy for equity market investments. Most probable, and as a next step we shall start a dialogue with ISS-ESG research team in co-operation with one of our strategic sustainability partners.”

On additional engagements, van Sambeck said it would most likely target a German company next, after Germany passed its Supply Chain Act last year.

He added that Ethius supports an EU-wide supply chain law to ensure discussions on financial material sanctions on human rights abuses with all EU based companies. “Also, we think other stakeholders such as rating agencies, who so far are hesitant to put a high weight on supply chains in their ESG ratings, might reconsider their weighting methodology,” he said.

The bloc is set to introduce a final proposal for its sustainable corporate governance directive, which will amongst other things introduce mandatory human rights and environmental due diligence requirements, in March.

A spokesperson for Scatec Solar told RI it is also concerned about the situation in Xinjiang. “We have taken several actions to mitigate the risks related to forced labour in the polysilicon industry in the region. We are in constructive dialogue with Ethius about the issue.” Actions taken include engaging a third-party company to conduct a “complete traceability mapping of our critical solar module supplier for upcoming projects” and updating its “contracts language to include specific topics related to the Xinjiang forced labour issue”.

A spokesperson for EDP Renováveis, said: “We are global leaders in Sustainability, thus following high standards of requirements to our suppliers in our hiring procedures. We do not have any information about any bad practices in any of our suppliers.”

In related news, Triodos Bank has alerted manufacturers of modules for solar panels to the risks of forced labour by Uyghurs in the Xinjiang region and has asked suppliers to confirm that no human rights are being violated in their supply chain, specifically regarding the Uyghurs.

“If Triodos Bank does not receive this confirmation, it will no longer finance projects that use the components of the supplier,” the sustainable bank and asset manager said in a statement.