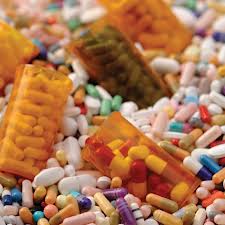 Faith investors backed by the Investors For Opioid Accountability (IOA), a $1.7bn AUM coalition set up in July 2017, are considering the withdrawal of a shareholder resolution filed at Mallinckrodt Pharmaceuticals, a NYSE-listed drug manufacturer headquartered in Staines-upon-Thames, UK.
Mercy Investment Services, Providence Trust and Catholic Health Initiatives filed a resolution urging Mallinckrodt’s board to report on governance measures aimed at tackling risks emerging from the opioid epidemic — as it has been dubbed one of the biggest public health crises in the US in decades.
Asked about the status of the resolution ahead of the AGM early next month, Donna Meyer, Director of Shareholder Advocacy at Mercy Investments, told RI that Mallinckrodt’s attorneys sent yesterday a letter stating its intention to divest from opioids as part of a plan to sell its generic manufacturing business.
“In light of that announcement, I think the shareholders intend to withdraw the resolution we filed. If Mallinckrodt doesn’t divest we intend to file the resolution next year,” Meyer said.
The correspondence is part of the so-called ‘no action’ process open at the SEC under rule Rule 14a-8, whereby companies apply to be allowed to omit shareholder proposals using a variety of legal arguments.
Asked about its intention to exit opioids, a spokesperson for Mallinckrodt told RI in a statement: “Mallinckrodt seeks to dispose of these products to further its strategic evolution to being a brands-focused innovation-driven specialty pharmaceutical growth company.’”
Regarding the referenced shareholder resolution, the spokesperson added: “An SEC filing related to the no-action letter will be public in the coming days.”
Meanwhile, three shareholder resolutions filed with AmerisourceBergen, one of the ‘Big Three’ drug distributors (together with Cardinal Health and McKesson) – all of which are currently under the scrutiny of US Parliament and subject to widespread litigation – achieved high levels of support among independent shareholders.
The three resolutions urged AmerisourceBergen’s board to report on opioid-related risks (with 62% of the vote), to establish enhanced clawbacks disclosure polices (52%) and to appoint an independent Chair (49%).
The vote results do not take into account the 26% stake of the Wallgreens Boots Alliance, which grants them board representation. There is also a voting agreement to support the board, according to Michael Pryce-Jones, a Corporate Governance Expert representing US union Teamsters, one of the filers and aan IOA member.Pryce-Jones, who attended the company’s AGM last week, told RI that of the ‘Big Three’, AmerisourceBergen “has the weakest corporate governance response” to the opioid crisis.
“This is a company that moved its AGM from Philadelphia to a Ritz-Carlton golf resort in Naples, Florida, in which it barely wanted to take questions from shareholders. There is a lack of awareness. It’s not clear if they realise they are amidst a corporate crisis,” Pryce-Jones said.
AmerisourceBergen had rejected the shareholder resolutions, describing them as “unnecessary, vague, misleading and overly prescriptive”.
But pressure is mounting on the sector. This week, Mayor Rahm Emanuel announced that that the City of Chicago had filed a lawsuit against all three companies. Geraldine Jimenez, Portfolio Manager at California State Teachers’ Retirement System, which is part of the IOA coalition, told RI in a statement that this “additional lawsuit is an example of the reputational and litigation risks these companies face that must be managed with better Board oversight and accountability.”
As part of an investigation by the US House of Representatives, its Committee on Energy and Commerce has issued AmerisourceBergen additional questions and documentation requests to be answered by March 19.
On February 27, the US Attorney General Jeff Sessions announced the creation of a task force which will be “targeting opioid manufacturers and distributors who have contributed to this epidemic”.
“Today it’s Chicago, but every day some new actor, a municipality or a county, takes legal action against the big distributors,” said Pryce-Jones.
All legal cases have been so far consolidated and will be heard by Judge Dan Aaron Polster of the Northen District of Ohio. According to the New York Times, the federal judge will be seeking settlements swiftly rather than prolonging litigation.
Many of the members of the Interfaith Center on Corporate Responsibility (ICCR) are involved with the IOA. Other investors include co-funder UAW Retiree Medical Benefits Trust, as well as New York State and City pension funds.
The ICCR stated that for its members “these companies are both profiting from and complicit in, America’s opioid crisis, having failed to be transparent about or address opioids’ addictive properties.”