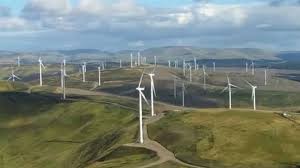 An infrastructure joint venture between the Greater Manchester Pension Fund and the London Pensions Fund Authority has entered a partnership to co-own one of the largest windfarms of its type in Europe.

The GLIL partnership was formed in April 2015 and seeded with £500m of commitments from the two funds; it completed its first transaction in October 2015 with a £60m renewable energy investment.Councillor Kieran Quinn, Chair of Greater Manchester Pension Fund, said: “We’re pleased to announce the next investment for GLIL, which continues to identify UK projects with attractive returns and adds to our growing renewable portfolio.

“Our success in this area is a testament to what we are trying to achieve across the Local Government Pension Scheme, which is closer collaboration between funds in order to realise the benefits associated with partnering.

“We look forward to announcing our next investment as well as working towards attracting other LGPS funds to our joint venture.”

Sir Merrick Cockell, Chairman, LPFA, said: “When we launched our partnership at the start of 2015 it was to build on our beliefs that by working together we could increase our involvement in projects that provide the right returns for our members and the wider social benefit of investing directly in UK infrastructure.”