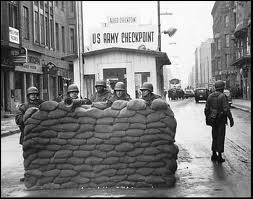 It may be surprising to the uninitiated that institutional investors have a battle on their hands when it comes to the exercise of what should be basic freedoms: the ability to exercise voting rights attached to shares they manage on our behalf.

This is not just some small intellectual battle confined to the geeky world of corporate governance. Andy Haldane, the Bank of England’s highly regarded chief economist has stepped into the debate pointing out that the entire financial system depends on transparency of ownership as his latest article in the Financial Times highlights.

The concept is very simple. We own shares in a company, we know when the meeting is, we know what the issues are: we want to vote. But the system by which investors vote their shares, in particular across borders, is fraught with complication, lack of transparency (obfuscation) and inefficiency (for owners and managers at least). It is not fit for purpose, because it regularly disenfranchises shareholders.

The complication lies in the chain of financial intermediaries that exists between companies and the beneficial owner of the shares (including pension fund members and retail investors). Custodian banks, sub-custodian banks, securities depositaries and their appointed voting agents all play a role (and take their cut).

Furthermore, many elements of that chain use methods that are outdated and irrelevant, not least because they were designed as a temporary solution to a US-specific paper processing problem in the late 1960’s: not what one might envisage as a suitable arrangement for cross-border voting around the world in the 21st Century, and particularly not in Europe, which has long had a tradition of direct share registration. (For an excellent exposition of this broken system and how it came to be, see Donald, David C., Heart of Darkness: The Problem at the Core of the US Proxy System and its Solution (October, 25 2010). The bad news is, the current shape of the European Shareholder Rights Directive amendment, currently under negotiation, would further crystallise an American-style system on European markets. Regrettably, the negotiations have strayed far from the original intent of the Directive, but that’s hardly surprising given the unremitting lobbying European officials are suffering. The result of this corrosive lobby is that the debate is framed in the context of fund manager investment strategies and proxy advisor influence instead of the loss of fundamental EU rights.Any number of problems can rear their heads to impede the voting of shares, from opaque pooled accounts, to cumbersome and antiquated registration practices and unnecessarily manual processing of instructions. In addition, some traditions and conventions in shareholder voting practices actually mitigate against foreign shareholders having access to the same level of representation. This latter is also a mechanism by which policy makers can attempt to engineer national economic protectionism, by making use of them as de facto anti-takeover devices.

For example, being able to register shares to vote is central to the process. Shares are rarely, if ever, registered directly or uniquely in the name of the shareholder. Instead, they are registered in a nominee name provided by the sub-custodian agent, frequently in one single account commingled with hundreds and thousands of other institutional investors (a pooled account), making unique identification impossible at that point. There’s therefore no legal certainty of ownership in the process making it hard for shareholders to prove their ownership when they need to. Additionally in some countries it is not permissible for a legal person (i.e. a nominee) to vote in different ways on the same resolution, which may mean the prevailing view of the voters in a pooled nominee is what is voted, irrespective of whether others in the same pool may have opted to vote differently.

Notwithstanding the pooled registration complexity, the registration and voting methods themselves often leave a lot to be desired. Even though the requirement to immobilise shares – i.e. prevent them from being traded whilst they are being counted (share blocking) – has been prohibited in company law in most countries around Europe there are still sub-custodians who have not adequately changed their administrative procedures for registration processes since the days before such practices were outlawed, meaning that share blocking markets have remained share blocking markets in practical terms. Equally, there are still some requirements for voting forms to be physically signed.

And then there’s the question of the logistics of voting itself. One German example is with the annual votes on discharging directors from liability for the year under review. This resolution is often presented as a bundled resolution – where a single vote is used to vote on all directors at once. However, should a shareholder wish to oppose the discharge of a specific director, this can only

be done by being physically represented at the meeting. Custodians and sub-custodians aren’t always willing to facilitate this, meaning that in effect you can’t arrange to have your rights exercised as you wish – and it’s far more expensive for foreign shareholders to do so.

In some countries like France, companies reward long-term shareholders by doubling their voting rights (i.e. by allowing them two votes per share instead of one). However, with such an ineffectual shareholder ID process for foreign shareholders, it is hardly surprising that disputes arise about whether a right to vote exists, and if so, how significant it is.

Some issues are exacerbated by the fact that many custodian banks, especially American custodian banks, have a preference for using pooled accounts, thereby forcing all their clients votes to go via the same route – a potentially huge risk to the entire process.Such requirements mean a lack of choice on the part of the investors, and create a single checkpoint in the entire process. So investors, far from being free to make their own choices with which to be able to rectify the difficulties they have with share voting, have to vote through the “Checkpoint Charlie” imposed on them by intermediaries with an ill-fitting American model. Furthermore, this impinges on their right to make their views heard at important corporate meetings across Europe every year.

One final irony: At the spot where Checkpoint Charlie was situated, three streets come together. One of them, Mauerstraße, means “Wall Street”. Both in Berlin and in cross-border share voting, Wall Street leads to “Checkpoint Charlie”.

Sarah Wilson is CEO of Manifest.