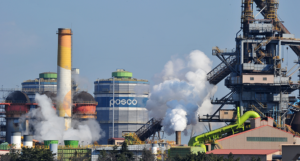 A raft of companies in the manufacturing, consumer goods, and real estate sector are subject to investor engagement over their activities in or links to Myanmar, RI understands.

In February last year, the nation was subject to a violent coup led by its military, which has resulted in democratic institutions and processes being shut down, media outlets closed, elected political leaders arrested, pro-democracy protests suppressed, and civilians killed.

The junta’s action have been met with international outcry, with sanctions being implemented by foreign governments. Most recently, in December the UK, the United States, and Canada announced additional penalties against it for the “continued suppression of the civilian population and for serious human rights violations.”

This has triggered a raft of investor actions to engage with companies operating in the country, as well as some divestments. RI has previously reported on tech giants, energy companies and telecoms providers being the subject of investor scrutiny.

Manufacturing and trade firms have also found themselves subject to investor questions, and RI can reveal details on a number of ongoing collaborative and individual initiatives with companies in the sector, including Posco, Toshiba Corporation, Hyundai Heavy Industries Holdings Co, and Mitsubishi Corporation.

South Korean steelmaker Posco has come under repeated investor pressure and, as previously reported, has been divested by Nordea Asset Management, which said the company had “not been receptive to serious engagement”.

RI understands other engagement initiatives with the company are ongoing. Peter Lundkvist, Chairman of The Council on Ethics of the Swedish AP Funds, told RI: “The Council on Ethics has an ongoing dialogue with Posco. Actually, it is Posco Coated & Color Steel, a wholly owned subsidiary of POSCO, that has stakes in two joint ventures with [military conglomerate] MEHL. Posco has communicated that they are working to end the JV with MEHL. As the approach is covered by legal aspects, and given the situation in the region, we do not expect a quick solution. Posco is also reviewing its human rights due diligence operations in Myanmar, tailored to the specific situation in the region.”

“The outcome and how the company acts in relation to it, will affect our overall assessment,” he added. Lundkvist would not be drawn on what will happen if Posco’s actions are not aligned with the AP funds’ expectations.

Norwegian KLP Asset Management also confirmed to RI it is engaging with Posco International, while Danish PKA has had the Korean steel maker on its observation list since May last year because of a possible connection to the regime in Myanmar.

Posco did not respond to RI’s request for comment on the various investor actions.

Holcim told RI: “We decided to exit the country in 2017 and fully ceased our business operations in 2018. Since then, we had no business activities, no employees and no sales in Myanmar.  We are in the process of liquidating the now inactive legal entity in the country and applied to the competent court in Yangon for its liquidation. We are regularly engaging with a wide range of shareholders but will not disclose anything specific on these talks."

Siam Cement did not respond to RI’s request for comment.

A spokesperson for Toshiba told RI it does not comment on individual discussions with investors, but that it “is a signatory to the UN Global Compact and our policy on human rights is stipulated in the Standards of Conduct for Toshiba Group”.

Crown Holdings, Hyundai Heavy Industries and Mitsubishi Corporation did not reply to requests for comment.

And Danish pension fund, P+ told RI it was, in addition to Daiwa and Siam, also in discussions with hotel giant Hilton Worldwide Holdings and Japanese beverages company Kirin due to their “potentially problematic business and/or financial ties to the military regime.”

Hilton told RI it declined to “participate in this story”, adding: “We do not publicly disclose the details of conversations with our shareholders. However, Hilton will continue to operate in compliance with all trade sanctions and human rights considerations.”

A spokesperson for Daiwa House Industry told RI: “Y Complex, partly invested by Fujita Corporation, a subsidiary of Daiwa House Industry, is subleasing the site for this business from its local joint venture partner. We understand that the local joint venture partner is leasing the site for this project from the Ministry of Defense […] Please note that no sublease fees have been paid since February 1, 2021. We consider the safety of the Myanmar people and relevant stakeholders to be the top priority and has suspended operation of the Project since February 1, 2021. We will continue to consider future measures as necessary, in consultation with relevant stakeholders, while paying close attention to the situation.”

Following the coup, Kirin Holdings “expressed deep concern over the actions of Myanmar’s military in seizing power” and announced it would terminate its joint-venture partnership with MEHPCL, which provides welfare fund management for the military. However, in December, it announced that its subsidiary had filed for commercial arbitration against MEHPCL in order to ensure that the process is fair and just.

A Kirin spokesperson told RI there were no further updates.

Tokyo Tatemono Co told RI it cannot discuss the details of meetings with the investors, but pointed to a statement from May 2021 saying: “Ensuring the safety of the people of Myanmar and those involved in this Project [a commercial complex development project in the center of Yangon] is our top priority, therefore, we have suspended the operation of the Project entirely since February 1st 2021.”

Separately, Domini Impact Investments told RI it was engaging with a “large manufacturer”  as well as a real estate company on Myanmar.

“Our engagement focused is on better understanding the status of their operations, how they are working with local partners and joint ventures on ensuring respect for human rights, how are workers being protected/paid if operations are on hold, what will the companies do in the future, and how they will consult with local partners and human rights experts before making any changes to the status,” explained Mary Beth Gallagher, Director of Engagement.

She added that both companies have been generally open to Domini communicating its expectations on enhanced human rights due diligence and receptive to its recommendations and continued dialogue.

“Our next steps will be to continue monitoring the situation and their exposures [and] share their learnings with other investors.”