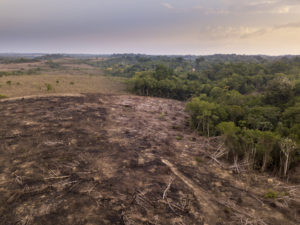 Market participants have hailed the European Parliament’s vote on a deforestation law that would make it obligatory for companies to verify that goods sold in the bloc have not been produced on deforested or degraded land anywhere in the world.

The plenary adopted its position on a proposal by the commission with 453 votes to 57 and 123 abstentions on Tuesday.

Parliament also pushed for the proposal to be strengthened. Amendments including an expansion of the products covered, an earlier cut-off date for deforestation, and the need for companies to verify that goods are produced in accordance with human rights provisions in international law and respect the rights of indigenous people.

“There are no credible pathways to meet the objectives of the Paris Agreement without a full and global halt of deforestation, while tropical forests are also home to millions of people and two-thirds of terrestrial biodiversity,” he said. “Climate change and biodiversity loss pose systemic risks to the global economy and investor portfolios. We hope that the EU regulation will pave the way for progressive demand-side regulation worldwide.”

On LinkedIn, MSCI’s executive director of climate change investment, Sylvain Vanston, described the proposal as “quite revolutionary”, particularly in the extension of the ban to investors.

He noted that financial institutions will be expected to conduct due diligence to ensure that they are not financing “activities leading to deforestation, forest degradation or forest conversion”, such as beef, soy, leather, corn, palm oil, among others. “This is a world first,” he said.

While noting that the legislation will create extra paperwork and reporting headaches, Vanston said those troubles “pale in comparison with the consequences of deforestation, which emits vast amounts of CO2 while destroying carbon sinks and biodiversity”.

“Congratulations to EU MPs,” he added. “Let’s remember that the EU does great things such as this. They make me proud to be European.”

Actiam also welcomed the news, with a spokesperson telling RI: “It’s a big step forwards that companies actually have to prove that they do not use commodities from deforested areas.

“In our view, this new regulation also helps European companies, as better due diligence reduces their supply-chain risks related to commodities that often originate from deforested areas. This new regulation also helps financial institutions which have made no-deforestation pledges to reach their target. It will lead to more transparency about how companies deal with deforestation, which is positive.”

Parliament will now start negotiations on the final law with EU member states. If adopted, the legislation is expected to come into force in 2024.

In related news, AXA announced on Wednesday the launch of the AXA Forests for Good programme to help restore damaged forest ecosystems and make them more resilient to climate change.

The three-year scheme will be deployed on 600 of the 15,000 hectares of forest owned by AXA in France and managed by AXA IM. AXA will collaborate with Reforest’Action, FNE, Inrae, Jura Nature Environnement, AgroParisTech and SAPN.