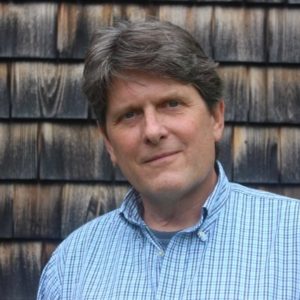 Global Reporting Initiative (GRI) founder and sustainability reporting pioneer Bob Massie has announced his decision to run for Governor of the US State of Massachusetts. Massie, who will first vie to be elected as the Democrat candidate, officially launches his campaign today (16 May).

“I am running for governor because we live on the precipice of history. What we choose to do –or not to do – over the next few years will determine whether we will succeed in building a just, sustainable, and prosperous Commonwealth,” he says.

The GRI, the producer of standards for sustainability reporting, was co-founded in 1997 by Massie, who served as its chair until 2002, and his colleague Allen White, who was its acting CEO until 2002. It is reported that currently more than 2000 corporations voluntarily participate in the GRI corporate disclosure standards.

Massie – who describes himself as an “Activist. Idealist. Pragmatist” – also played a significant role in the development of two other innovative US-based corporate responsibility organisations.He was Executive Director of advocacy group Ceres from 1996-2003. He is also credited with proposing and leading the creation of the Investor Network on Climate Risk (INCR), which has now grown to represent more than $17tn in assets.

This isn’t Massie’s first foray into politics: in 1994 he successfully ran to be the Democratic candidate for Lieutenant Governor of the State of Massachusetts.

And, in 2011 he ran as a Democratic nominee to be the State’s Senate representative but ended the campaign early reportedly due to the entrance into the race of fellow Democrat and eventual winner Elizabeth Warren.

The State of Massachusetts itself also has an ESG pedigree: In 2014, Deval Patrick the State’s then Democrat Governor announced what was claimed to be the US’s largest financial investment in a Pay for Success/Social Impact Bond initiative, which was designed to improve outcomes for hundreds of at-risk young men in the probation system or leaving the juvenile justice system.