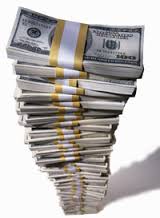 The Investor Climate Declarations Initiative was launched on May 7 by the Tri-State Coalition for Responsible Investment and the Interfaith Center on Corporate Responsibility (ICCR) with the support of dozens of investors representing over $76bn in assets.

As of yesterday, it has emerged that investor backing now stands at $442bn, with new declarations of support from leading investors such as the $62bn Massachusetts Pension Board (MassPRIM), Fjarde AP-fonden (AP4) and the Presbyterian Church USA Board of Pensions amongst others.

In total, there are now more than 50 shareholders who are publicly declaring support for ‘Item 10’ at Exxon and ‘Resolution 8’ at Chevron.Both companies hold their AGMs next week, on May 27, in what could prove a watershed moment for investors looking to push climate change up the agenda at US fossil fuel firms.

“Despite progress in energy efficiency, methane flaring, and power co-generation, both Chevron and Exxon Mobil have failed to adequately address their climate risk,” the organisers say. The co-filers of the resolutions have engaged with the companies for years, they add. The full list of investor supporters is available here.

The campaign comes after the successful ‘Aiming for A’ investor campaigns at BP, Royal Dutch Shell and Statoil. The US resolutions have also won the support from the Local Authority Pension Fund Forum (LAPFF) and ShareAction in the UK and Canada’s Shareholder Association for Research and Education (SHARE).

A separate NGO campaign called Vote Your Pension is targeting the shareholder proposal at Chevron on dividend policy in the light of potential ‘stranded’ carbon assets.