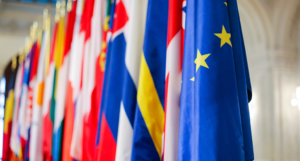 EU member states are not expected to reject proposed rules that set out the thresholds and criteria for what will count as climate-aligned in the EU Taxonomy, meaning they will be adopted this week, two sources with knowledge of the process told RI.

The sources said it was unlikely that there would be a vote on the Climate Delegated Act by the Council of European member states, because those countries opposing the rules have not yet secured a sufficient blocking majority (65%). In addition, the Taxonomy has not made it onto the agenda for today’s Economic and Financial Affairs Council.

While it would still be procedurally possible, this means the Council is unlikely to object the rules before the scrutiny period of the Act expires tomorrow. If the scrutiny period ends without a formal adoption or rejection, the sources explained the act will automatically be adopted on Thursday December 9th. The new rules are set to apply from January 2022.

Clearing the Council would mark the last legislative hurdle for the rules, after the Commission adopted the Act in April and Parliament approved it in October.

If it passes, it means “the Council will be unable to tie the outcome of the first Delegated Act to favourable criteria on gas and nuclear”, said one of the sources. As previously reported, some EU countries want more clarity on a separate Delegated Act being developed to cover the role of nuclear and gas in the taxonomy before making a decision on the climate rules for less controversial business activities. This separate Delegated Act is expected by the end of the year.