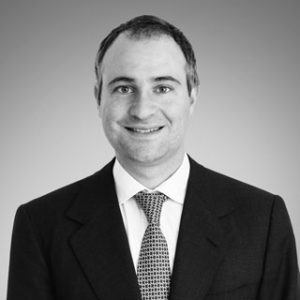 Ben Goldsmith’s environmental investment venture Menhaden Capital says it has decided to delist from the Social Stock Exchange segment of the NEX Exchange to save costs.

It is chaired by Sir Ian Cheshire, former chief executive of Kingfisher, owner of DIY retailer B&Q and its board includes responsible investment stalwarts such as Emma Howard Boyd, chairman of the UK’s Environment Agency and former director of stewardship at Jupiter Asset Management and ESG consultant Howard Pearce.

Commenting further on its decision to delist from the Social Stock Exchange segment of the NEX Exchange, Goldsmith said: “We’ve taken steps to re-allocate the costs of this secondary listing into additional measurement of Menhaden’s own ESG impacts. For example our upcoming Impact Report will be the first where we report on the sustainability impacts of Menhaden’s portfolio companies across investment themes such as clean energy production and sustainable transport.”

Its cost to be also listed on the NEX Exchange would be around £6,500 a year.However, while Menhaden will no longer be listed on the Social Stock Exchange’s segment on the NEX Exchange, a spokesman said it would still annually deliver an impact report to be reviewed by the Social Stock Exchange’s admissions panel that includes Mark Campanale and John Elkington.

There are different ways to be a member of the Social Stock Exchange. All members must have social or environmental impact at its core and produce an annual impact report reviewed by an independent admissions panel. Admitted companies can be either listed on any stock exchange, or list or dual list on the Social Stock Exchange segment of the NEX Exchange, the exchange platform formerly called ICAP.

Alongside the London Stock Exchange, NEX Exchange is the only FCA-recognised stock exchange in the UK. Its listed companies include Arsenal Football Club and wine maker Chapel Down Group.

The Social Stock Exchange has 48 members, according to its 2017 Annual Research Report.

The Social Stock Exchange grew out of a research report conducted by the New Economics Foundation in 2006 after which co-founders Mark Campanale, of Carbon Tracker, and Pradeep Jethi, a former LSE executive, set out to develop the infrastructure needed. It was launched in 2013 by then-Prime Minister David Cameron.

According to its most recent accounts, for the year ending 31 July 2016, the Social Stock Exchange lost £712,086. In the same year, it repaid loans of £90,000 made in the previous years by Carruthers and director Stephen Brenninkmeijer.

The Social Stock Exchange did not respond to enquiries for comment.