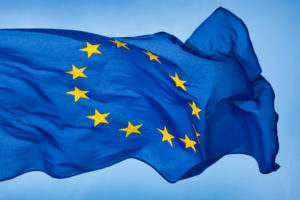 The European Commission has brushed off a complaint about it selecting BlackRock to carry out research on ESG in banking, as the MEPs alleging a “conflict of interest” vow to take the matter to the EU Ombudsman.

In April, a group of EU lawmakers headed up by MEP Damien Carême urged the Commission to cancel a contract mandating BlackRock’s Financial Markets Advisory arm to produce a study on integrating ESG into banking.

The joint letter claimed that BlackRock, which invests heavily across the banking and fossil fuel sectors, would have a financial conflict of interest when drafting guidelines that could impact its investee firms.

The letter said the evaluation committee “did not see any professional conflicting interests between the contractor’s task and its current investment practices”, adding that BlackRock’s offers to “guard against conflicts of interest” were considered a “strength” in comparison to other offers.

It said: “BlackRock committed in its offer to taking measures to mitigate conflict of interests risks through a number of technical and procedural safeguards. In particular, BlackRock indicated that it would ensure physical segregation of the project activities from BlackRock’s Investments group and that information related to the study does not flow to other parts of BlackRock’s business.”

Specifically, the tender will see BlackRock charged with identifying best practices for the integration of ESG risks into EU banks' risk management processes and into EU prudential supervision, as well as analysing the impediments to the development of a well-functioning EU market for green finance and sustainable investment and identifying appropriate instruments and strategies to promote the scaling-up of green finance and of the market for sustainable financial products.

Regarding the fee for the work – BlackRock quoted €280,000, the lowest price of all tenderers – the Commission said: “Given the technical quality of BlackRock’s offer, it would have been the most economically advantageous offer, even had the price offered been much higher.”

“It should finally be underlined that, unless there were some other justifiable reason to cancel a tender (like irregularity or fraud in the tender procedure), when a company complies with all the exclusion, selection and award criteria of a tender, there is no legal basis in the Financial Regulation on the basis of which the Commission could refuse signing the contract with the winning tenderer. The Commission can therefore not terminate the contract with Blackrock as requested by the Members of Parliament.”

The Commission pointed out that the work to be carried out by Blackrock is one of many reports, consultations and studies that the Commission has undertaken, and will undertake in future, on sustainable finance.

Carême said on Twitter: “Who can seriously believe that the conflict of interest is prevented with a so-called ‘physical segregation’? I don’t! And this is why I will go on with my complaint to the EU Ombudsman.”

It’s been a busy week for news coming out of Europe. The European Systemic Risk Board put out a report called Positively green: Measuring climate change risks to financial stability. Among the areas covered were whether financial markets are pricing climate risk or building capacity to do so, and current available information about how exposed banks and insurers are to climate risk.

The Commission also announced that Singapore and New Zealand were joining the International Platform on Sustainable Finance, which it created last year to encourage coordination between jurisdictions on ESG developments.