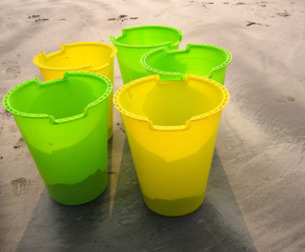 Some of the biggest hitters in the global institutional investment world have emerged as partners for a study by consulting firm Mercer into the impact of climate change on long-term investors’ strategic asset allocation. Responsible-Investor.com reported in December, 2009 that CalPERS had joined with APG Asset Management and the Norwegian Government Pension Fund for the project, which was kicked off in June last year when the Norwegian government hired Mercer for the research. Further investor partners have now been disclosed. They include Dutch pensions management company, PGGM, and Sweden’s AP1 government pension buffer fund. In the US, joining asset owners include CalSTRS and the Maryland State Retirement and Pension System. Australian signatories include superannuation managers, AustralianSuper and VicSuper, while in Canada the British Columbia Investment Management Corp and the Ontario Municipal Employees Retirement System (OMERS) have joined. The UK’s Environment Agency Pension Scheme has also signed up to the research, which is being backed by the Carbon Trust, the UK government body, and the International Finance Corporation. The project aims to identify potential investment opportunities and risks related to climate change on a timescales up to 2030 and further out to 2050, looking at issues such potential volatility and correlations among asset classes, regions, and sectors. The research will be led by Lord NicholasStern’s Grantham Research Institute on Climate Change and the Environment at the London School of Economics and by Vivid Economics, a London-based consultancy that specialises in climate change and resources. Jaap Van Dam, chief strategist at PGGM, said: “The big challenge is translating the impact of climate change into consistent effects on strategic asset allocation.” The study will report back a series of possible investment scenarios via a publicly available report due in the fourth quarter of 2010. Each study partner will receive their own tailored report according to their own asset mix. The report will also will consider investment-related climate change recommendations for policy-makers and industry bodies. Although financing did not feature at the Copenhagen Summit, it will be crucial for mobilising capital to help meet targets to reduce emissions and provide the funding required for adaptation to climate change, Mercer argues. Greg Radford, IFC Director for Environment and Social Development, said: “The importance of private sector capital cannot be understated in the fight against climate change. Yet, mobilising those funds requires clear understanding of the climate risks and opportunities to help pension funds allocate capital appropriately.” Howard Pearce of the Environment Agency Pension Fund, said: “We aim to use this project to directly feed into our investment strategy, fulfilling our fiduciary duty to manage the financial impact of climate change.”