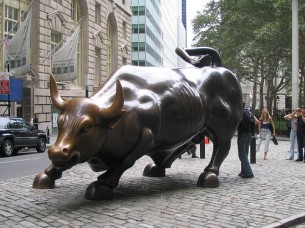 Merrill Lynch is to resurrect its dedicated SRI research team and has hired the former co-heads of French investment bank Société Générale’s sustainability team to run it. Responsible-Investor.com (RI) can reveal that Valéry Lucas-Leclin and Sarbjit Nahal, two of Europe’s top rated ESG analysts and former co-heads of the successful SRI research team at Société Générale, will join Merrill Lynch in September. Their arrival at the US bank indicates an upsurge in the hire of sustainability analysts at investment banks after a cull in numbers in recent years as costs were cut during the credit crunch. Last month, RI reported that Citi, the US investment bank, was reforming its specialist Sustainable and Responsible Investment (SRI) broker research unit and had hired Jenny Anderson, an SRI analyst at Jupiter Asset Management, to join the team led by Meg Brown. In January, 2009, Merrill Lynch cut its dedicated SRI research by laying off specialist staff. Zoe Knight, its former London-based senior director of SRI research wasmade redundant. Knight recently took up a new position as a consultant at Absolute Strategy Research, a provider of independent investment-strategy research to institutional investors. At the end of last month, RI reported that Lucas-Leclin was leaving SG after four years in the post. He co-headed Société Générale’s ESG research team with Sarbjit Nahal, who is also making the jump to Merrill. They will transfer to Merrill’s London office at the end of the summer. Both joined SG in 2006 and together built Europe’s top-rated SRI research team, winning the leading overall pan-European brokerage firm for SRI & sustainability research for 2008 and 2009 in the Thomson Reuters Extel Survey. The SG team also won the 2010 annual Farsight Award for the best sustainable broker research examining investor opportunities in the sustainability field. Société Générale could not be contacted at the time of going to press to check whether Lucas-Leclin and Nahal had been replaced.