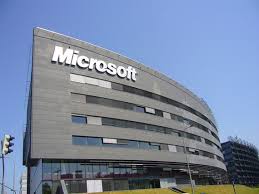 Software giant Microsoft has dodged having to include a shareholder proposal on executive pay ratios at its forthcoming annual meeting that was put forward by Canadian fund manager Qube Investment Management.

In a decision dated September 17, the Securities and Exchange Commission – which the next day launched a rule-making process on this very issue – said it won’t take enforcement action against Microsoft if it excludes the proposal from the agenda of the meeting, which takes place in November.

Qube had wanted the board to limit the average individual total compensation of senior management to 100 times the average total pay of the company’s rank-and-file employees.

It defined total compensation as base pay and salary, performance rewards including restricted, exercised and non-exercised stock options, pension costs and all other discretionary and non-discretionary awards and bonuses for that year.

In a letter to Microsoft’s General Counsel Brad Smith, Qube Portfolio Manager Ian Quigley – who recently stood for election to the Advisory Council of the Principles for Responsible Investment (PRI) – made the case for including the resolution.He argued that Microsoft, as a global player in the technology sector, “should take the lead” in addressing public criticisms about excessive pay. He added that Microsoft’s top executives are paid up to 200 times more than the average American worker.

“Some believe capping executive compensation will create a competitive disadvantage for the firm,” he wrote. “We believe this perspective is ripe for a challenge.” Any lost competitiveness would be offset by an improvement to Microsoft’s reputation and “increased demand for the shares”.

He added the proposal was filed after consultation with clients and Qube’s own internal CSR analysts. Edmonton-based Qube represents around 85 high net worth investors “using a blend of classic value investing and corporate social responsibly (CSR)”.

After the SEC’s decision, Quigley said in a tweet that Qube has “learned from the experience”.

Microsoft argued against the resolution on two fronts. First that it was “impermissibly vague and indefinite” so as to be “inherently misleading” and second that it deals with the company’s ordinary business operations. It was on the second matter that the SEC agreed Microsoft could exclude the motion.