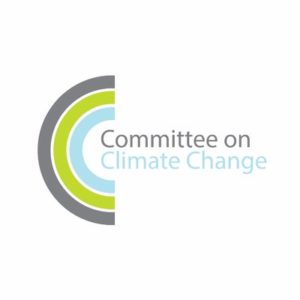 The Climate Change Committee is one of Britain’s gifts to the world. Established under the UK’s 2008 Climate Change Act, the CCC offers expert advice to government. Increasingly stringent five-year carbon budgets provide a framework out to 2050 for the detailed policies required to enable the UK to meet its climate goals. Other countries view the Committee as an exemplar in shaping their own climate policy governance structures. References to the Committee in speeches in parliament demonstrate a deep trust in its work.

Last Thursday the Committee published its latest report, Net Zero. This advises the UK government across the breadth of the economy on what needs to be done to achieve net zero emissions by 2050. We need to give the government credit. In the words of Committee chair Lord Deben, directed at Greg Clark, Secretary of State at the Department for Business, Energy and Industrial Strategy (BEIS) and sitting in the front row at the launch, “You asked for it”.

So now the Government has it, and the Secretary of State’s remarks at the event gave a promising indication of a positive government response.

This Net Zero roadmap sets out, over a 30-year timescale and across the economy, what the UK needs to do to achieve its climate goals. The Paris Agreement looms large. Positioning the UK as a global climate leader, one uplifting theme at the launch was the duty the UK has to take a leadership role. For we were also a leader in the industrial revolution all those years ago, so helping to create the existential problem we now face.

The Committee covers both mitigation and adaptation. These two areas embrace the economic activity that we need to address. We must both reduce GHG emissions and deliver adaptation measures to respond to the effects of climate change. If the Net Zero report covers everything that needs to be done in the real economy, what comes next? For government, the answer is an immediate commitment to that net zero target, followed by robust joined-up policymaking to support delivery. Is anything missing? We think there is. The real economy needs the finance and investment industry to deliver much of the capital required to support the transition. How might we encourage that?

Until now, the Committee has focused its advice on the real economy, as the Act intended. How might finance and investment gain more airtime? Much finance policy oversight is delegated to the four independent regulators by the government departments which sponsor them. Financial regulation sits with the Bank of England (including the Prudential Regulatory Authority), the Pensions Regulator, the Financial Conduct Authority and the Financial Reporting Council.Their sponsors are the Treasury, the Department of Work and Pensions, and BEIS. Is there scope for this group to receive high quality independent advice to contribute to the progress that is required? And if so, how might the Committee evolve to deliver that?

At present, the skills and experience of the eminent members of the Committee embrace science, economics and engineering. Essentially, that covers the real economy, with some business experience too. We believe we now need to accelerate the UK’s climate policymaking and regulatory focus in the financial sector to help guide those capital flows to where they are needed. And increasingly curtail the financing of brown economic activity. This can build on what has been achieved already. For example, the recent Bank of England/PRA Supervisory Statement requires the boards of banks and insurers to explicitly include the financial risks of climate change in their oversight. But much more needs to be done across the finance sector, at a quicker pace, to support the required developments in the real economy.

We therefore propose a new sub-committee, let’s call it the ‘CCC Finance and Investment Committee’. It would provide independent advice to the government and financial regulators. It would make it clear that public policy on climate change must include stronger influences and interventions around the flow of finance in the UK. We should recall that Article 2.1c of the Paris Agreement explicitly addresses financial flows.

Rather overshadowed by Articles 2.1a and 2.1b, this part of the Agreement now needs to be brought out of the shadows and throw off its Cinderella status.

The Treasury will need to show increased leadership, as flagged in Net Zero. The new sub-committee and experts in the CCC executive team can work with the Network for Greening the Financial System, a global initiative of central banks and financial regulators. This group has grown from a handful of founding members to over 30 in no time at all. And there is more work to be done on the complex issues around carbon pricing, in the context of the UK economy.

So, let us celebrate the publication of Net Zero. And then bring finance fully into the UK’s governance structure for climate policy and regulation. With or without pink boats and superglue, there is no time to lose.