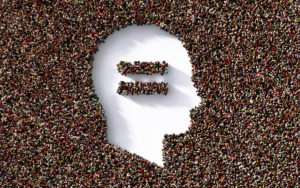 The Principles for Responsible Investment has named 40 companies targeted for engagement as part of a new human rights stewardship initiative.

The list includes some of the world’s largest metals and mining companies, as well as leading names in renewable energy. Glencore, Rio Tinto, Vale, Posco, Anglo American, BHP, E.ON, Enel, Iberdrola, Orsted, EDP and EDF are among the firms targeted by PRI.

Dubbed Advance, the initiative was  kickstarted in December – after Responsible Investor exclusively revealed efforts were underway in August – and aims to maximise investor contributions towards business respect for human rights and investor efforts to address social challenges.

According to an investor statement, published Thursday, engaged companies will be expected to fully implement the UNGPs, align their political engagement with their responsibility to respect human rights, and deepen progress on the most severe human rights issues in their operations and across their value chains.

The initiative boasts representatives from Storebrand Asset Management, Robeco, Hermes EOS, and Pensioenfonds Detailhandel as members of its advisory committee, which will provide strategic direction, advice and guidance on the engagement, and act as informal ambassadors.

PRI signatories have until 10 June to join as endorsers or participants (either as lead or collaborating investors).

The metals and mining and renewable sectors were selected as the focus of the engagement following consultation with the advisory committee and technical advisory group, as well as additional research.

Metals and mining was targeted due to perceived high risk on human rights, as well as its growing importance in the transition to clean energy.

When it comes to the companies themselves, reasons for selection ranged from their size and standing, scores on human rights benchmarks, existing controversies, or to ensure greater regional diversity.

Last week, Responsible Investor reported that the Securities and Exchange Commission had charged Vale with misleading investors over the safety of its Brumadinho dam over the three years before its collapse killed 270 people.

The rationale for selecting the renewable sector related to issues of risk and relevance to energy transition, as well as the fact that the industry has traditionally received relatively limited scrutiny on social issues and human rights.

Selected companies are operators, developers and/or owners of wind and/or solar energy projects. Some were included “despite their government ownership to ensure the inclusion of key countries and regions for the sector”.

Manufacturers of wind and/or solar energy projects were not included due to “existing investor efforts around human rights issues in this segment of the value chain”.

“The PRI executive will work with the two advisory groups and the broader investor working group to design sector transformation strategies for each of the sectors targeted by Advance. These strategies will focus on specific severe human rights risks identified within these sectors and the PRI executive will work with participants to implement these strategies and drive change within these sectors around these specific human rights issues,” the methodology document noted.

According to the PRI’s website, the number of companies targeted is expected to grow as the initiative recruits additional investors and the PRI’s internal team capacity increases.

In addition, when a human rights controversy occurs regarding a company outside of the engagement focus list, a new company engagement group may be formed following an assessment.

“The engagement in this case will focus on mitigation of issues; reassurance that company has a remediation plan in place which includes consultation of all affected stakeholders; and reassurance that the company integrates learnings and reviews established procedures to prevent the reoccurrence of the controversy,” the PRI said.

Engagements are set to begin in September and will run for a minimum of five years. In its second year, the initiative may also begin engaging with policymakers.

Responsible Investor has submitted requests for comment to the companies concerned.