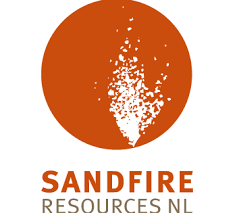 A legal case against the Centre for Australian Ethical Research (CAER) over research that fed into a controversial decision by the Australia National University (ANU) to divest from seven coal stocks last year has been dropped.

The ESG research house this week admitted that a profile it gave ANU omitted “significant aspects” of research on one of the divested companies, Sandfire Resources.

As a result, ASX-listed Sandfire has dropped federal court proceedings against CAER and says it expects ANU to assess the fairness of the research provided by CAER.

CAER is a global platform partner of EIRIS, the UK-based research house, however its research is not subject to approval from the company and it is independent from EIRIS.

Speaking to RI, Stephen Hine, head of responsible investment development at EIRIS, said it was a positive development that Sandfire had decided to cease legal proceedings.

He admitted that the communications on Sandfire could have been better, but he insisted that CAER and EIRIS stood by the research on Sandfire and other companies done for the ANU.

The Perth-based copper mining company had alleged that CAER had published “misleading” and “deceptive” research that led to ANU’s divestment.

Sandfire also complained that it was not consulted on the ESG research and started engaging with CAER and ANU on the matter.

The dispute was further escalated when media releases by CAER and its London-based research partner EIRIS defending its research on Sandfire appeared on CAER’s website in response to a critical news report in the Australian Financial Review.

Sandfire sought a retraction of the media releases by CAER, but its CEO Duncan Paterson said it stood by the research, leading Sandfire to initiate court proceedings.However, in a statement, CAER has conceded that its research of Sandfire failed to meet its own “stated standards” which use the EIRIS research process.

It also admits that it did not include “significant aspects” of its review of Sandfire in a profile provided to ANU.

In a three-page document, CAER says the only relevant communication it had with Sandfire before the profile was provided to the ANU was in 2012. However, in July 2014, CAER conducted a further review of Sandfire, the details of which were not provided to the ANU or Sandfire.

It says this “falls short of the ‘regular’ contact referred to in the CAER media release. It adds: “It does not meet the stated standard that research is ‘shown to companies and supplemented with analysis of any additional information they provide as a result’.”

It concludes that “the question of CAER’s opinion as to the fairness of the profile of Sandfire provided to the ANU in August 2014 must be considered in this context”.

In response, Sandfire’s managing director, Karl Simich, said he was pleased that what he termed the “significant shortcomings” of the ESG information prepared by CAER for the ANU last year had been acknowledged.

He added: “Sandfire respects the right of any organisation to buy and sell shares as it sees fit. However, we expect these decisions be informed by up to date and accurate information.

The ANU’s decision to divest from Sandfire and the others was met by fierce political opposition at the time. Prime Minister Tony Abbott condemned the move as “stupid”.