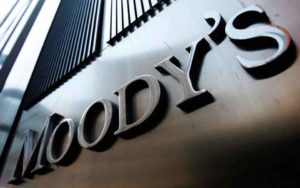 Moody’s Corporation has confirmed today that it has acquired a majority stake in environmental, social and governance (ESG) research house Vigeo Eiris for an undisclosed sum.

The acquisition furthers Moody’s objective of promoting global ESG standards for use by market participants, the New York-listed firm said in a statement

RI reported late last week that a deal looked imminent; Moody’s today said Vigeo Eiris would continue to be headquartered in Paris, operating under its existing brand, and it will be an affiliate of Moody’s Investors Service.

It said the acquisition recognizes that ESG considerations are increasingly relevant to issuers, investors, counterparties and others.

The deal is the latest recent tie-up between a relatively small ESG research house and a larger financial player. Morningstar took a 40% stake in Sustainalytics in 2017. And Institutional Shareholder Services (ISS), the proxy advisory firm, has bolstered its ESG offering with acquisitions of Germany’s Oekom, the climate data advisory division of Swiss-based South Pole Group and Scandinavian house Ethix.
Moody’s said the transaction would not have a material impact on its financial results.The decision was unanimously approved by Vigeo Eiris’s board on March 27, Vigeo Eiris said, adding that it is “giving itself every opportunity to successfully pursue its founding ambition to service economic and financial players committed to secure a sustainable and inclusive growth”.

It added that its management team would be strengthened by the recruitment of Sabine Lochmann, former President of the supervisory board at HR consultants BPI Group, as CEO. The agency’s Scientific Council, a panel of academics which oversees quality, would retain all current responsibilities.

“Vigeo Eiris has been a pioneer in bringing greater transparency and awareness of ESG and sustainability issues to market participants and has continued to innovate and expand as demand for this information has grown,” said Myriam Durand, Global Head of Assessments at Moody’s Investors Service.

Vigeo Eiris is led by Nicole Notat, its President, a well-known figure in France who founded the company (then known as Vigeo) in 2002. Vigeo tied-up with UK-based EIRIS in 2015. Notat said the Moody’s deal “heralds a new era” for Vigeo Eiris.