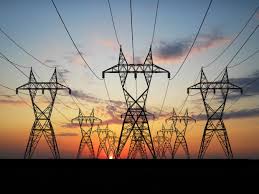 Moody’s has further stepped up its work around climate change, warning that many utilities and power companies run the risk of having their credit ratings reassessed based on their ability to deal with climate policy and other changes to the viability of traditional business models.

In a new report titled Global Unregulated Utilities and Power Companies: Carbon Transition Brings Risks and Opportunities, the ratings giant describes power producers as the largest source of carbon emissions in most developed countries and therefore the largest expected contributors to the reductions in emissions required under the Paris Agreement.

Climate policy triggered countries’ attempts to meet their nationally determined contributions (NDCs), agreed at COP21 is one major factor that may influence credit ratings, Moody’s said. “Incumbent generators with a substantial fossil generation base are likely to come under pressure” as a result, the report warned.

“The credit impact will depend upon the pace and clarity of policy implementation. In addition, it is possible that policies in some markets may include supportive features or flexibility that may ease the transition for generators.For instance, policies that require the shutdown of still-profitable coal generation may have a greater negative credit impact than those where other mechanisms, such as a tradable carbon price, allow greater flexibility.”

Moody’s continues by warning that when companies invest on the basis of announced policies, such as those relating to renewables, “their susceptibility to future political interference and intervention will be an important determinant of credit quality”. It added that political sentiment in a country – both for and against introducing policy – may also be considered.

The authors pointed to the impacts of the growth in subsidised or low-cost renewable energy generation on power prices as another aspect Moody’s considers when rating utilities and power companies.

The fourth and final channel identified in the report as a fact is the emergence of new technologies such as renewables, smart meters, distributed generation and smart grids. These, the authors claim, pose a threat to centralised energy generators.