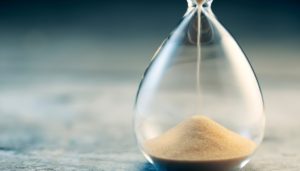 The European Supervisory Authorities (ESAs) are expected to publish draft rules for how investors should make EU Taxonomy-related product disclosures in the next few weeks, RI understands.

Spokespeople for the European Securities and Markets Authority (ESMA) and European Commission both told RI the EU’s three supervisory authorities are in the process of finalising draft Regulatory Technical Standards (RTS) on how investors should disclose their products' EU Taxonomy alignment under the Sustainable Finance Disclosure Regulation (SFDR).

The long-awaited draft rules will come just months before the 1 January deadline for investors covered by the SFDR to make their first taxonomy-related product disclosures.

RI understands the RTS is expected within the next two weeks. The ESMA spokesperson would not be drawn on exact timings but said the draft rules would be delivered to the Commission “soon”.

The development is a major step towards the Commission adopting a full set of additional rules for investors covered by the SFDR, for which a first set of disclosure requirements has been in place since March this year. The ESMA spokesperson confirmed the taxonomy-related RTS is the last batch of rules the ESAs have been mandated to provide to the Commission on the SFDR.

After the Commission adopts the rules, they will also need to be approved by the EU’s Parliament and Council of member states.

The taxonomy rules will be bundled into a single SFDR rulebook covering additional disclosure measures under the regulation. They were planned to come into effect from 1 January next year, but have been pushed back six months, to July, after the Commission missed its three-month deadline to adopt the draft RTS it received from the supervisors in February, citing the length and complexity of the proposals. The ESAs also missed an original 1 June deadline to submit the taxonomy-related rules

But despite the broader delay, investors covered by the SFDR still need to disclose the alignment of their investments with the EU Taxonomy’s climate rules by 1 January, because this requirement is part of disclosure measures already in place.

The looming deadline is causing headache for the industry. In addition to the taxonomy-related rules not being published, the taxonomy’s climate criteria have not yet been adopted either, with the Council recently asking for an extra two months – until early December – to scrutinise the proposals. In addition, investors will be heavily reliant on portfolio companies providing them with information in order to comply with the disclosure rules, but corporations will not be required to report on their taxonomy-alignment until 1 January 2023 (a one-year delay).

All of this means the 1 January deadline “is proving basically impossible”, according to one UK-based financial regulation lawyer, who asked not to be named. “The main reason is there is no data out there so they can’t determine whether [their products] are taxonomy-aligned. Data providers are providing wishy-washy data, so asset managers are saying if they have to disclose their taxonomy-alignment by 1 January they can only really give a rubbish-looking number like 1%.”

“The market view really is that by 1 January a lot [of market participants] will say that they can’t disclose their alignment, they can’t give a number,” he added. “Hopefully the RTS will include the frameworks for making taxonomy disclosures, but while having that framework would be nice, it doesn’t solve the problem firms have on 1 January – they don’t have the information from the issuers they need to assess whether they’re taxonomy-aligned.”

Another financial regulation lawyer echoed this, saying the taxonomy disclosures next year will be “very high level”.

Additional SFDR guidance from the European Commission, however, is expected. RI understands that the EU Platform on Sustainable Finance, which is advising the bloc on the taxonomy, is working with the Commission on a Frequently Asked Questions document to provide further clarity.

In other EU taxonomy-related news, the Commission has confirmed its plans to adopt complementary Taxonomy rules covering  nuclear and natural gas “and related technologies as a transitional activity”. In a document published today with guidance on energy policy to Member States in light of booming energy costs, the Commission reiterated these activities have to fall into the EU Taxonomy’s transitional category, which is likely confusing for users of the Taxonomy as this category was created exclusively for sectors without green alternatives, such as steel and cement.

An earlier draft document of the energy policy document seen by RI said the complementary taxonomy proposal would be tabled before the end of the year, but there was no reference to timing in today’s document.

The complementary delegated act was expected shortly after the Summer, and it is believed the uncertainty around how gas and nuclear is going to be treated in the EU Taxonomy contributed to member states wanting more time to scrutinise the Taxonomy’s climate rules.