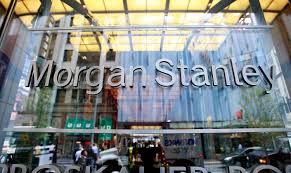 Morgan Stanley has announced it will “provide $250bn in low-carbon financing” by 2030, joining the growing list of banks to make public commitments on green finance.
The US bank said the $250bn does not relate exclusively to its own capital allocation: “Our commitment relates to both our own allocation of capital toward low-carbon solutions, as well as our underwriting, arranging and capital allocation activities on behalf of other institutions,” a spokeswoman told RI. Estimates on how much would be done through the bank’s own lending activities were unavailable, she said.
The announcement comes just days after a similar pledge from fellow US bank Wells Fargo, which committed to “provide $200bn in financing to sustainable businesses and projects by 2030”. It said that more than half the target would be “focused on clean technology and renewable energy transactions that directly support the transition to a low-carbon economy.” A spokesman for Wells Fargo told RI that this included its arranging and underwriting services. Underwriting of bonds can often lead to ‘double counting’ when numerous banks with green financing pledges are all involved in the same transaction, or when one bank provides multiple services for a single ‘green’ deal. Neither announcement discloses how the banks will account for this. The Wells Fargo spokesman said: “We will be clear about the types of businesses and projects we include and do not include, and the way we account for our financing on complex deals with multiple financing organisations,” he said, adding that a methodology would be published on the bank’s website “as soon as it is available”.
In addition to focusing on cleantech, green bonds, alternative transport and renewables, Wells Fargo says the other half of its $200bn pledge will support companies and projects focused on sustainable agriculture, recycling, conservation and “other environmentally-beneficially activities”.Both banks’ pledges start in 2018, and do not include previous financing activities. Morgan Stanley says it has already financed more than $84bn in transactions that “support clean-tech and renewable energy” since 2006, with more than $27bn of sustainable bond transactions in the last five years, including its own benchmark green bond in 2015. None of this will be considered as part of its new commitment.
Wells Fargo has also committed to “sector-leading transparency” in relation to the pledge, committing to annual reporting on progress and impact; and looking at sustainable financing accounting and inclusion practices, contributions to the SDGs and implementation of the recommendations of the Taskforce on Climate-related Financial Disclosures.
“Additionally,” it said, “the company will engage with sector peers and other organisations interested in advancing a common approach to responsible, sustainable finance”.
“We have committed to be more visible in the sustainable finance space and will engage with our peers and others working within the financial services sector to develop of sector-wide standards for accounting and reporting in sustainable finance,” the spokesman said.
Wells Fargo will revise its commitment “periodically” to reflect progress and best practice developments.
Morgan Stanley has also committed to reporting on its low-carbon financing activity.