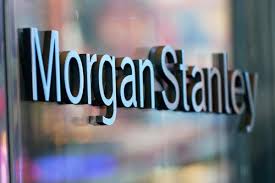 Morgan Stanley, the investment bank that’s making a big push into sustainable investment, has got the nod from the Securities and Exchange Commission (SEC) to omit a shareholder proposal calling for it to split the roles of chairman and chief executive.

But the SEC agreed with Morgan Stanley’s lawyers that Swanepoel had failed to demonstrate continuous ownership of his 208 shares and thus was free to omit the resolution from its AGM agenda.

“We note that the proponent appears to have failed to supply, within 14 days of receipt of Morgan Stanley’s request, documentary support sufficiently evidencing that he satisfied the minimum ownership requirement for the one­ year period as of the date he submitted the proposal as required,” the SEC said.

Similar proposals from Swanepoel were rejected on the same grounds ahead of the bank’s 2012 and 2013 AGMs.

The company had also argued that his proposal could be omitted because its implementation would violateDelaware law and that the company “lacks the power” to implement it – though the SEC didn’t address these issues.
CEO James Gorman took on the additional role of chairman from John Mack in 2012.
It’s not the first time Morgan Stanley – which in November last year announced it was setting up an Institute for Sustainable Investing and that its asset management arm had signed up to the Principles for Responsible Investment (PRI) – has avoided governance proposals from investors.

In March 2013, a group of investors (AFSCME, CtW Investment Group, the AFL–CIO Reserve Fund and Trillium Asset Management) lost out in a bid to get questions about US bank break-ups onto the AGM agendas of Morgan Stanley and its peers.

And in 2012 a proposal on executive pay clawback provisions was withdrawn by the New York City Comptroller’s office following engagement with the company.