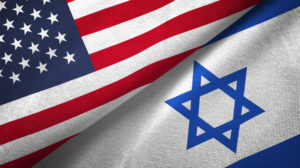 According to its website, the IIPB is “tasked with ensuring investment of public money does not occur in entities that are prohibited from investment by Illinois law”. The board’s list of companies prohibited for investment for boycotting Israel includes Adidas, ASN Bank, Macquarie Group and Nordea Bank.

Illinois is not an outlier. More than 30 states have rules in place to discourage the boycott of Israel. Last year a slew of states – including Illinois – threatened to divest from Unilever over a decision by its subsidiary Ben & Jerry’s to stop selling ice cream in the Occupied Palestinian Territories.

According to the minutes of the IIPB’s September 2021 meeting, Monica-Kaye Gamble, executive secretary and counsel, referenced an earlier meeting of the Committee for Israel Boycott Restrictions in which an unnamed report by JLens “regarding Morningstar violations of Illinois statute” was brought up.

JLens is a US-based network of more than 9,000 individual and institutional investors that “explores a Jewish lens on investing, and serves as the bridge between the Jewish community and the values-based impact investing movement”, according to its website.

In January 2021, JLens added Morningstar to its “do not invest” list due to the company’s alleged support for the Boycott, Divestment, Sanctions (BDS) movement against Israel.

The alleged activities of Morningstar include pressuring companies to cut ties with Israel through its engagement services, supporting the BDS campaign by elevating the controversy risk of BDS-targeted companies, incorporating BDS blacklists into ESG risk ratings, and enabling institutional investors to divest from BDS-targeted companies through its global standards screening.

In response to a query about JLens’s allegations, a spokesperson for Morningstar told Responsible Investor: “Morningstar does not take the trust [that] investors place in our independent research for granted, and we look forward to transparently sharing the investigation’s findings once they are complete. We will reserve commenting until that time.”

Gamble also reported at the September meeting that JLens had prepared a list of questions for Morningstar. At the time of publication, the IIPB, JLens and Morningstar had not responded to queries from RI regarding the nature of the questions.

Finally, Gamble reported on the committee’s concern to learn more about the “advocacy” part of services offered by Morningstar, “whereby Morningstar personnel apparently contacts companies to seek divestment from ‘risk’, including relating to Israel”.

Following this, the IIPB voted in favour of sending the JLens questions to Morningstar and invited the firm to its 22 December 2021 meeting “to address the questions as well as to explain more about the ‘advocacy’ services offered by Morningstar as it relates to the Illinois statute”.

In the December 2021 meeting minutes, the IIPB gave an extension to Morningstar “until the next meeting”, which was in March 2022.

According to a Jewish News Syndicate article from 22 March: “The IIPB… held its quarterly meeting on Monday, and Morningstar’s counsel made a case convincing enough that a vote on the matter was pushed off until the next meeting in June.”

The meeting is scheduled for 21 June. A spokesperson for Morningstar confirmed that the IIPB had granted the firm a continuance at its March meeting.

At the time of publication the IIPB had not responded to RI’s query on what the consequences will be if Morningstar’s answers are deemed to make it “in violation of Illinois statute”.

“The sustainable investing landscape is complex; the investigation deserves the time required to be thorough and productive in advancing the ESG industry forward for all participants.”