Responsible Investor
Home Institutions To stimulate investment in sustainable development: To tax or not to tax,...
Return to search
Institutions 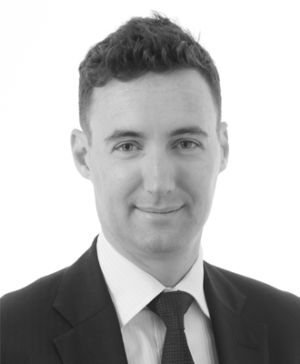 What can governments do to stimulate investment in longer-term sustainable development?

The good news is: the UK’s carbon tax implemented four years ago has been a great success. Even that well known left-leaning paper, the Daily Telegraph, acknowledges this.

Economists – myself included – originally wanted a “cap and trade” model, like the NoX and SoX of the 1980’s, as it was more “capitalist”. But as it turns out, it didn’t work that well, as evidenced by the EU carbon pricing. Yet, taxes do change behaviours. Look at what happened in Australia when this tax was removed. So, we would strongly recommend the UK to keep it and if anything put prices up, along with an income tax cut for the equivalent amount or more of pounds that revenue is raised.

Economists hate “allocated” revenue in government. But the Tories need to show that higher energy prices don’t make you worse off if you get more than that in tax cuts – it’s just changing the relative price signal. E.g. your power bill goes up by $100 a year, but with 1% reduction in income tax, you have $110 more cash in the bank. You can choose to spend it all on the higher power price, or more likely, you use less power via spending some on double glazing. The choice is yours. It’s how markets work best. Another good side effect is that zero carbon emitters such as wind farms, don’t theoretically need a subsidy anymore. This should make the far-right happy.

Lastly, to kill off another myth, it doesn’t make industry “uncompetitive” in the same way Absolut Vodka is sold around the world despite Sweden having a very high tax on alcohol. You simply rebate the exported amount and tariff the imported carbon (the same way Sweden tariffs alcohol like wine from Australia).

How about picking and financing the winners?

Like the right-wing, I’m not a fan of governments handing out cash for new low carbon ideas (even though we run an ESG fund!).Picking winners for government let alone private sector is notoriously difficult – it is just impossible to know in advance. But if one insists, then one initiative that is interesting is the “reverse auction model” in an “Emission reduction fund”.

This has been implemented in Australia and is open to farmers and non-power producers. This system allows you to bid for government cash to help fund a project that reduces emissions. The “winners” of the cash are the projects that can show the largest cut in carbon for the smallest amount of dollars spent.

Economists are sceptical – the cost of reduction is higher than the other models – but it is an innovative way to spend money.

Financing universities
Lastly, if they insist on backing winners on the ground of innovation – which seems to be the case in the early stage investment fund in the Clean Growth strategy – I’d say they should allocate directly to universities in research grants. The UK has some of the best universities in the world – they should use them.

An excellent book called “The Golden Passport: Harvard Business School, the Limits of Capitalism, and the Moral Failure of the MBA Elite” (link) by Duff McDonald includes a fascinating chapter where he looks at the growth of the Venture Capital industry in the USA and how it killed innovation. Don’t give it to the private sector, even though it feels like the right capitalist thing to do. True innovation, perversely, happens at the public level, not the private level. The private sector is much better at “optimising” – hence the above points are “optimising” models.

After a slow-start, the UK is now leading the EU in carbon reduction – if the government was to implement the above suggestions, it could become a world leader.