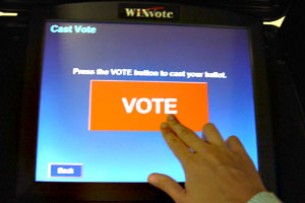 Moxy Vote, the US shareholder proxy website that aimed to corral individual US mutual fund investors to vote their shares on contentious corporate issues, will close at the end of the month. The firm said its attempt to use the internet to allow retail investors to become active, voting shareholders had been thwarted by a reluctance amongst brokers in the US to deliver ballots electronically to on-line voting services. It said related fees charged by the agents that register share votes were also passed on to the internet voting service rather than paid by the investee company and were too high for retail investors. Mark Schlegel, Co-Founder of Moxy Vote, said in a letter that brokerage firms had told the firm that they would only send votes to internet voting services if required by law. Moxy Vote, which launched in 2009 will close on July 31. The company had invested over $4.5m dollars in its operations, although it says it plans to continue to engage regulators and policy makers on the retail proxy voting issue.The firm says it has 197,000 subscribers to its content e-mails and 56 leading advocate organizations posting voting advice on its site. Altogether, it said 30 million shares had been voted and 64 “Letters to Management” sent by readers with 275,000 supporting signatures in aggregate. Schelgel said: “In summary, we should not blame the individual investors. The investors are ready to engage when the policy makers are ready to give them a fair opportunity.” Pooled shareholder voting has been meeting resistance from US corporates. US securities rule 14a-8 already states that to submit a shareholder proposal, investors must hold 1% of the company’s securities for at least one year by the date the proposal is submitted. Corporate legal challenges have led to the US Securities & Exchange Commission issuing a ‘no action’ advice – meaning the company does not need to vote on the proposals at its AGM – if the 1% threshold has been reached by multiple shareholders pooling their voting rights.