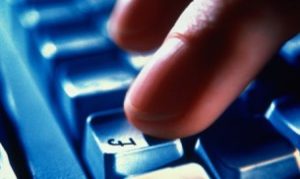 Short sellers have been branded “wicked” by an opposition MP during a debate in the UK Parliament over the collapse of building firm Carillion — amid what one leading economic commentator has termed an “ownership deficit”.

Carillion’s implosion this month has focused attention on investor responsibilities and in particular short-selling (see our comment here). Now the issue has reached the floor of the House of Commons.

“Carillion not only issued a number of profit warnings over the past few months, as we all now know, but it was also targeted by short selling, which is also wicked,” said Labour’s Jon Trickett.

“Short selling is a practice whereby so-called investors bet on the collapse of a share price. It is as if the government accept that the serious business of financing large enterprise is nothing more than a casino, with people betting against the price of companies.”

Meanwhile, Will Hutton, the political economist and journalist who is a governor of the London School of Economics, said the Carillion affair reflects an “ownership deficit”.

Hutton started his career as a stockbroker and he recalled shorting the now defunct engineering firm BSA and regretted how little had changed in the intervening decades as Carillion went through its “death throes”.

Speaking on a panel today to launch a new report on stewardship from think tank Tomorrow’s Company, he asked: “Where were the owners two, three, four years before?”

While not referring specifically to Carillion, event host Chris Cheetham, Global CIO of HSBC Global Asset Management, said: “If we’re honest there has been a failure of stewardship on occasions.”

“We need to be realistic about what’s achievable,” he said, stressing that investors need to set goals and be “crystal clear” about what outcomes are being sought.On a busy day for corporate governance in the UK, there were also releases from the Investor Forum and the Pensions and Lifetime Savings Association (PLSA).

The Investor Forum, the body formed in the wake of the Kay Review, published its 2017 review in which it said it engaged with six FTSE 100 companies (such as BT and Rio Tinto) during the year. The 35 full members represent £14trn in total global assets and have £680bn invested in UK equities.

It is not disclosed whether the forum engaged with Carillion. An objective for the body in 2018, the report says, is to examine working practices in the food sector, following on from an analysis of the apparel sector in 2017.

“As we look to 2018, building trust in the investment chain is more crucial than ever, and we continue to focus on practical steps that can add value to corporates and enhance investor stewardship activity,” said Andy Griffiths, Executive Director of the Investor Forum.

Meanwhile, the PLSA, the pension body, released an update to its Corporate Governance Policy and Voting Guidelines. It includes new recommendations encouraging pension funds to vote against company directors who are not doing enough to ensure their business models are compatible with limiting climate change.

All this activity comes as the Financial Reporting Council watchdog is planning to update the Stewardship Code. The Tomorrow’s Company report Better Stewardship: An Agenda for Concerted Action released today — which sees a “troubling disconnect” between wealth creation and society — aims to feed into this.

Put on the spot during the Q&A session at the event, Paul George, Executive Director of the FRC’s Corporate Governance & Reporting Division, said: “We are very much in listening mode.”