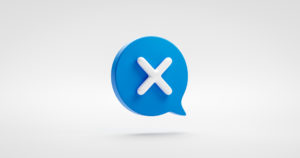 MSCI has distanced itself from the blacklisting of 10 financial firms by Texas this week, after documents revealed that the service provider’s ESG data and ratings played a key role in the selection of companies targeted under new legislation designed to support the fossil fuel industry.

On Wednesday, Comptroller Glenn Hegar revealed the first names deemed to have met the state’s definition of a company boycotting fossil fuels. They include BlackRock, BNP Paribas and Schroders, along with seven other European financial firms. Under a law passed in September 2021, state investment funds must divest from companies within a year of them being added to the list.

The financial institutions named this week were among 19 which received letters in March from the Comptroller’s Office asking for details of their fossil fuel exclusion policies.

According to a document released Wednesday, the main tool used to identify the targeted firms was MSCI’s ESG Ratings Service.

Specifically, information reviewed by the comptroller included MSCI scores measuring companies’ “management of and exposure to key environmental risks and opportunities” and “oversight of ESG considerations in financing and investment”, as well as “indicators” on oil and gas financing policy, the engagement of boards with “perceived climate risk”, and “the perceived environmental risks of lending and underwriting activities”.

The 19 firms initially contacted by the comptroller “scored higher than their peer group with respect to MSCI ESG Ratings Service Data”.

MSCI was hired last autumn by Texas to provide data on financial firms. At the time, the service provider was itself reported to have fallen foul of the recently enacted law on fossil fuel boycotts due to its net-zero commitment. According to NPR, the situation was resolved when MSCI agreed to lower its price for the contract from $100,000 to $95,000, which fell below the level set in the legislation.

In response to an enquiry about the claims, MSCI told Responsible Investor it does not comment on client-specific pricing.

Also asked this week whether it was comfortable with the use of its data and ratings by the Texas Comptroller’s Office, the service provider said it does not give “any investment recommendations or advice regarding how its ESG ratings or data should be used”.

It confirmed that the Texas Treasury Safekeeping Trust Company (TTSTC) had “obtained a licence to our standard ESG ratings and data offering”. However, it stressed that MSCI “did not advise TTSTC regarding their boycott list or help them to create it”.

BlackRock, the largest financial firm added to the Texas blacklist this week, is MSCI’s leading source of revenue and also one of its largest shareholders. In 2021, the asset manager accounted for 12.8 percent of total revenues at MSCI, while according to CNN Business, it currently holds a 4.87 percent stake in the firm.

The other criteria used by the Texas Comptroller in identifying the 19 financial firms to target in relation to fossil fuel boycotts was adherence to climate-related industry groups –specifically, “public pledges to Climate Action 100” and one of the GFANZ organisations.

Hagar confirmed this week that commitment to these groups “was not deemed sufficient” for inclusion in the list of prohibited financial firms.

According to the document released this week, a review by the Comptroller’s Office of responses to the letters sent in March “indicated the financial companies consider the level of commitment to being a signatory to these lists differently” and showed “a varying level and timeline of adherence to the public principles of these organisations”.

The nine firms contacted by the comptroller which escaped blacklisting were: Abrdn, HSBC, Invesco, JPMorgan, Man Group, NatWest, Rathbones, Sumitomo Mitsui and Wells Fargo. Funds managed by several of these firms did, however, feature in a list – also released this week – of around 350 individual funds that Texas state institutions will be banned from investing in.

The Texas Comptroller wrote to a further 100 financial institutions in April asking for information on their compliance with the fossil fuel boycott legislation. The responses to this second batch of letters, and the results of the state’s investigation, have yet to be revealed.