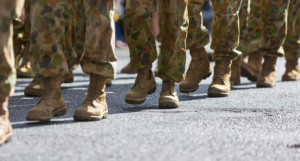 One year ago today Myanmar was subject to a violent coup led by its military. The takeover has resulted in democratic institutions and processes being shut down, media outlets closed, elected political leaders arrested, pro-democracy protests suppressed, and nearly 1,500 civilians killed.

The junta’s actions have been met with international outcry from NGOs, sanctions from foreign governments, and a raft of investor engagement with portfolio companies operating in the country.

From Apple and Alphabet, TotalEnergies and Chevron, to Posco and Toshiba, or Telenor and Ericsson it seems most industries have the potential to be targeted.

As Lorraine Hau, Associate ESG Analyst at BMO Asset Management – which is engaging with 12 companies across sectors on their activities in Myanmar – wrote: “The country is facing a humanitarian crisis. As responsible investors, we are actively responding because of our fiduciary duty to protect the value of clients’ assets and to address the clear violations of the UN Guiding Principles on Business and Human Rights.”

Stewardship efforts have been conducted both independently and collaboratively with Sycomore Asset Management heading up a 35+ strong investor and NGO initiative engaging with Total, whilst Storebrand Asset Management – alongside US-based Domini Impact Investments and advocacy group Heartland Initiative – are coordinating a group engaging a range of the companies previously mentioned.

Looking at the human rights landscape more broadly, the investor efforts in Myanmar are emblematic of a wider surge in investor willingness to tackle human rights issues and engage in geopolitically sensitive regions.

To name two other key examples, 2021 saw investors trying to address “egregious human rights risks” in their portfolios regarding potential ties to the Xinjiang region of China. Institutional heavyweights – including Boston Common, CalSTRS, and Calvert Research and Management – have also released a statement expressing deep concern about the evolving situation in Sudan.

Returning to the dialogues regarding Myanmar, there are early signs that they have the potential to open doors to discussions regarding companies’ broader human rights strategies. For instance, KLP Asset Management and Sycomore Asset Management both recently told RI it will continue to engage Total and Chevron following their exits from Myanmar on their approaches in other conflict-affected and high-risk areas.

Alongside voicing their concerns and using the power of stewardship, some investors have decided to pull the plug on companies not doing enough to tackle their concerns.

Last summer, Nordea Asset Management divested South Korean steelmaker Posco. Its Head of Responsible Investments, Eric Christian Pedersen, explained to RI: “Posco has had a series of labour rights, environmental and business ethics issues around the world, including being slow to acknowledge the challenges facing their Myanmar business, and they have not been receptive to serious engagement. This makes the company an all-round ESG risk.”

The Danish investor has also excluded Adani Ports and Bharat Electronics for their activities in relation to Myanmar.

However, engagement appears to be the option most investors will continue to pursue going ahead. But that is not to say that expectations will not be high. Indeed, it's likely we will see investors increasingly expecting actions over promises from companies and consider divesting if engagement efforts aren’t successful.