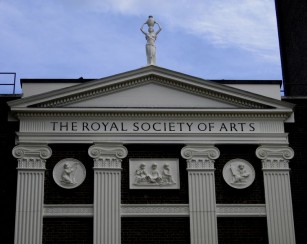 Paul Myners, author of the 2001 UK Myners Report on trustee reponsibilities, has reportedly told the launch of a new stakeholder investment initiative that large investors are only paying lip service to their ownership responsibilities. According to an account of last week’s event by The Pensions Investment Research Consultants (PIRC), Myners also questioned whether socially responsible investment had changed much in the investment world, pointing out that it had little impact on company boards, notably where shareholders had failed to effectively control executive pay levels. He suggested that companies should consider linking directors’ pay increases to those of other staff within their own businesses, as a way to check unwarranted rises. Myners was addressing the launch of The Tomorrow’s Investor project launched by the Royal Society of Arts (RSA) in London, which is examining the nature of share-ownership. As part of his 2001 report, Myners recommended that trustees set out clear responsible investment objectives in a Statement of Investment Principles (SIP), to be sent to members every year.The ten Myners principles focused on areas such as decision-making, setting clear objectives for the fund’s investments and active engagement with investee companies.
The government is currently reviewing market responses for an update of the report. Myners is currently chairman of the Personal Accounts Delivery Authority (PADA), the government body charged with introducing the system for an estimated £4-£5bn ($8-10bn) per annum in new pensions money to come on stream in 2012 via personal pension accounts.
Also speaking at the Tommorrow’s Investor launch, David Pitt-Watson, former chair of Hermes Equity Ownership Services, argued that in recent years investors had started to take their ownership role seriously and look at environmental, social and governance issues. To accompany the launch of the project, the RSA announced the findings of a survey of its fellows on responsible investment issues: 59% felt that ethical management of companies needed investor input: Tommorrow’s Investors link