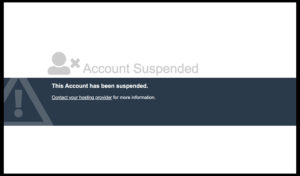 Shareholder advocates have been left scratching their heads with the suspension of the website of the Main Street Investors Coalition (MSIC), the corporate lobby-funded organisation that claims to be protecting retail investor interests from shareholder engagement and proxy advisory firms.

The news comes on the heels of accusations last year that MSIC had influenced the agenda for the US Securities Exchange Commission (SEC)’s review of the proxy process.

SEC chairman Jay Clayton cited what appeared to be fake letters – purportedly from retail investors but since linked to MSIC – in justification for proposed rule changes tightening requirements for proxy advisory firms as well as thresholds for filing and re-submission.

“With their cover blown and the fake letters controversy haunting chairman Clayton, I’m not surprised they have taken down the website.”

In the most recent development, MSIC’s website and email address have ceased to function, but no one seems to know why.

When contacted, two MSIC advisory board members referred RI to an external PR firm called FTI Consulting, which was unable to explain the development.

Business lobby group the National Association of Manufacturers (NAM), which had been understood to be a key funder of MSIC, was also unable to comment.

MSIC launched in 2018 to combat a system where, it says, shareholders file resolutions that are not voted on by its “Main Street” shareholder owners, but by institutional investors advised by proxy advisors with conflicts of interest and no accountability, basing their decisions on incorrect information.

Executive director George David Banks, who was formerly in the Trump Administration working as the president’s Special Assistant for International Energy and Environment, has said funds are being systematically appropriated “by large institutional investors, public pensions, proxy advisory firms and others, to pursue political objectives that are entirely contrary to the average retail investor’s interests”.

The coalition drew the fire of sustainable finance professionals, with Nell Minow terming it an “‘AstroTurf’ (fake grassroots) organization”, and Morningstar’s Jon Hale calling the group an “absolute swamp creature” that has nothing to do with protecting retail investors.

Andrew Ross Sorkin in the New York Times called it an organization “aimed at preventing investment firms from raising issues like climate change.” MSIC has consistently rebuffed the accusations as erroneous and misrepresentative.

Concerning the website suspension, Minerva’s Wilson told RI: “We should hope that this is the beginning of a new chapter for ESG voting and making the process work for issues and investors alike. It's meant to be a win-win.”

“In the last six months the Chamber of Commerce and the Business Roundtable have also stopped their outright attacks on ESG, and corporate governance proxy analysts have been starting to talk very specifically about the need to take a different approach to incorporate ESG practice.”

In conversations with RI, others in the space were less hopeful, noting that the people and funders behind the group are associated with other organisations pushing the same agenda, such as the NAM and the American Council for Capital Formation.

One commentator said: “With their cover blown and the fake letters controversy haunting chairman Clayton, I’m not surprised they have taken down the website.”

The 60-day comment period for the proposed amendments to the SEC’s proxy review process is open until February 3.