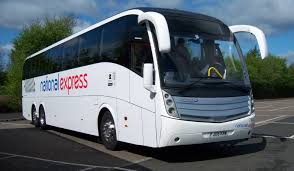 UK transport group National Express says it will respond to US Congress members who have written to it about concerns about alleged unfair labour practices at its US operations – as it faces a shareholder resolution calling for an independent review of its North American operations.

Responsible Investor understands that a number of local authority pension funds and the Teamsters union were due to attend the firm’s annual general meeting in London today.

The resolution, which has been proposed by the Teamsters, has been co-sponsored by Local Authority Pension Fund Forum members Greater Manchester, London Borough of Islington and Nottinghamshire County Council. A similar resolution last year gained a total of 12.83% support last year.

Advisory firm PIRC is recommending a vote in favour of the resolution, as is Institutional Shareholder Services (ISS), though Glass Lewis is not. The National Association of Pension Funds (NAPF), the UK investor body, flagged up the vote as one of its topical questions for asset managers. “What engagement have you had with the company and the Teamsters Union and how did you balance their conflicting arguments when determining whether to support the resolution?” is the suggested question that pension funds should ask their fund managers.

The investor pressure has come alongside mounting political pressure from both sides of the Atlantic.Last month, UK Labour MPs Ian Lavery and Jim Sheridan released a report documenting alleged labour rights violations by National Express’s US subsidiary Durham. That followed an early day motion in the House of Commons. Now a group of 32 members of Congress has written to the chair of National Express Sir John Armitt raising their concerns about “continued reports of labor law violations by Durham School Services”, National Express’s US subsidiary. It builds on a similar letter sent to the company five years ago.

A National Express spokesman said: “We will respond to the Members of Congress, as we did to a previous letter received five years ago. We will again ask for details on the allegations. We did not receive a response last time.

“Our Workplace Rights Policy protects the rights of all employees to choose to join or not to join a union. We recognise 16 unions in the US and our unionisation rate of 34% compares to a US private sector average of around 6.5%.

“We believe these allegations are part of an on-going Teamsters campaign that has made similar claims before. Our 2014, independently-run, employee survey had nearly 14,000 responses. It showed nearly 91% of our North American employees say they enjoy working for National Express and over 86% say we protected their rights at work. Both of these scores are up around two per cent from 2013.” At the end of last month the company published a 37-page rebuttal to the Lavery/Sheridan report.