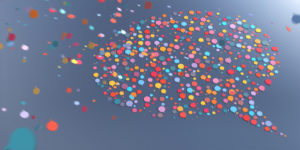 The planned Nature Action 100 initiative will seek to engage both companies and governments to reverse nature loss, a spokesperson for BNP Paribas Asset Management, one of the investors involved in the collective engagement push, has told RI.

In June, RI revealed that Robeco, the World Bank, the World Benchmark Alliance (WBA), and the Finance for Biodiversity Pledge were exploring the possibility of developing a nature equivalent to the influential CA100 with several other unnamed global investors.

In the following months, institutional heavyweights, including the Church Commissioner for England and EOS at Federated Hermes publicly stated their involvement in the initiative.

In addition, BNP Paribas Asset Management and Actiam have now confirmed to RI they are involved, with the French investor saying it was working alongside a “core group of about 10 institutional investors.” The Science Based Targets Network (SBTN) also told RI it will provide input to the development of the platform.

Expanding on how the initiative is taking shape, a spokesperson for BNP Paribas AM explained: “Nature Action 100 aims to engage both corporations and governments to reverse nature loss.” The person would not be drawn on further details on this approach given the initiative is yet to be launched.

The person added that the group plans to have an independent technical advisory group “to ensure that our work is grounded in the science.”

In May, BNP Paribas AM released a biodiversity roadmap, which included out a set of investor expectations to reverse biodiversity loss.  “We have been working with this group of investors to further flesh out these expectations, which we anticipate will guide Nature Action 100’s initial corporate engagement strategy,” the spokesperson added.

Peter van der Werf, Senior Manager of Engagement at Robeco, said: “This engagement will be part of a global collaborative engagement program, building on the lessons learned from Climate Action 100. The focus of the engagement will be on terrestrial, fresh water and marine biomes. We will address their dependencies and potential impact on biodiversity, such as deforestation, overfishing and pollution.”

When RI asked about the status of the initiative, a spokesperson for Robeco said they are making progress with the governance structure, “but it is a lengthy process given the size of the collaborative initiative.”

In related news, the World Benchmarking Alliance has told RI that it will be publishing the draft methodology for its Nature & Biodiversity benchmark next week.

It will then hold a public consultation and publish a final methodology in April or May, and aim to publish a first benchmark iteration this autumn, a WBA spokesperson said.

The ramped up investor action comes as further delays are expected to the second half of the COP 15 global biodiversity talks. The physical meetings of the resumed sessions of the Convention on Biological Diversity’s (CBD) scientific and implementation bodies, and the working group tasked with developing the post-2020 global biodiversity framework, have been rescheduled from January to March 2022.

A spokesperson for the CBD told RI: “The dates also imply that COP 15 will be held in the second half of June now.” The first part off the conference took place in October last year.