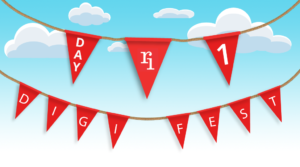 France’s Secretary of State to the Minister for the Ecological and Inclusive Transition Brune Poirson added her voice to those calling for biodiversity to be a part of environmental finance efforts in yesterday’s keynote session, saying: “Nature needs to be a critical part of disclosure, and this is where companies and institutions clearly need more support, because this is such a new frontier for sustainable finance”. The statement will be welcomed in many corners – there has been a growing push, particularly by French and Dutch investors, to capture biodiversity and natural capital in data and impact measurement.

Poirson also talked about the need to capture ‘transition’. There are already a range of ‘green’ and ‘SRI’ labels in France, but she said: “I believe we need more tools if we are to shift hundreds of billions towards the green transition”, adding that “we are pushing, at EU level, for a new – what could be called “transition” – label, to support companies that are moving towards greener ways of working.”

At EU level and globally, too, Poirson said the French Government was trying to promote the principles of Article 173 – its high-profile climate disclosure law. “We are trying to gather a group of countries and financial institutions that are ready and willing to push for disclosure, but also to push for more ambitious regulation,” she told the audience.

Finally, she invited “all financial institutions that can” to apply to this year’s reporting awards, held by the French Government to reward the best institutions on climate disclosure.

Pension funds in the recovery

Sweden’s Magnus Billing – CEO of the country’s biggest pension fund, Alecta – said it was in “ongoing” discussions with the government about its role in supporting a recovery from the COVID-19 crisis. To begin, Billing said Alecta had been working with tenants in its real estate portfolio to ensure the terms of their rental agreement were reasonable and they could remain in place during the disruption. He said Alecta may also look at its role in supporting the solvency challenges being faced by SMEs.

"About 140 investors signed a declaration on the Just Transition last year. I’ve seen very little evidence of those signatories putting those commitments into practice. So, if anyone wants an opportunity to actually do that, get in touch" – Colin Baines, Friends Provident

On the same panel, Michael Baldinger, Head of Sustainability at UBS Asset Management, addressed evidence of outperformance by many ESG funds during the crisis. “The first people to shoot me emails always say it’s just because we exclude oil companies,” he observed. “So be it. That’s part of the research we do…But if you really look, it’s not been the exclusion that has done it – it’s about the selection of ESG leaders. There is clear proof now that, even in volatile and difficult markets, they are just better prepared for these black swans.”

In a discussion about ESG in the business models of utilities companies, Spyros Katsaros, Senior Credit Research Analyst at Loomis Sayles, acknowledged that “the asset life of power plants, and accounting and valuations, should be aligned with the plans put in place” by governments on the climate transition, pointing to the viability of coal assets under Germany’s phase-out plan as an example.

Colin Baines, speaking in the same session, called out investors that pay lip service to the Just Transition and issued a call to action. “About 140 investors signed a declaration on the Just Transition last year,” he pointed out. “I’ve seen very little evidence of those signatories putting those commitments into practice. So, if anyone wants an opportunity to actually do that, get in touch.” Baines is leading engagement with a number of UK utilities around the Just Transition. He shared his experiences so far on the panel.

Racial diversity must be on the ballot next AGM season

Jane Ambachtsheer, Global Head of Sustainability at BNP Paribas Asset Management, said: “I think we need to think about what are the resolutions for next year, tackling structural injustice and racism, that we can tackle from an investment perspective and we’re talking about that internally and I think we need to talk about it as a community. This would involve "everything from getting the right data so we can measure how companies are doing and pushing on that kind of disclosure, pushing on board transparency, making statements, pushing on public policy developments. How do we put that package together?" she added.

On the topic of ESG risks and opportunities in the food sector, panellists agreed that investor scrutiny on obesity risk heightened following research pointing to obesity as a significant contributing factor to severe Covid19 complications. Ellie Chapman, Head of Food and Health at campaign group ShareAction, described the results of a recent campaign with UK food retailers, saying that 50% of retailers it had approached had agreed to demands for enhanced disclosure despite the ongoing pandemic. Peter van der Werf, Team Lead for Active Ownership at Robeco said attitudes had changed over the past three years, with food manufacturers initially being “very defensive and telling consumers they needed to get more active” when engagement began in 2013. Now, reducing sugar is increasingly a priority in product reformulation across the sector and many manufacturers are committing to WHO nutritional guidelines, he said.

The Investor Mining and Tailings Safety Initiative looks set to call off its shareholder delegation to Brazil to visit the communities affected by deadly mining disasters in the Minas Gerais area, according to the Swedish National Pension Funds’ Council on Ethics Secretary General John Howchin, who said during an that the Coronavirus crisis had disrupted the plans. Earlier this year representatives from the CofE, the Swedish AP funds, the PRI and the Local Authority Pension Fund Forum announced they would travel to sites of mines operated by Brazilian miner Vale to ascertain how the company was making reparations to the people affected by the Brumadinho and Samarco dam disasters. The investors had previously expressed concerns that, four years after the earlier incident, no houses had been rebuilt to replace those that had been destroyed.

During the panel – a sector deep-dive into transparency in mining – Howchin said the investors would be working with industry to push for a 24/7 alert system for mine tailings disasters. “These are quite low cost simple solutions to give people a sense of security and better information, so we will be pushing that agenda, irrespective of whether there’s a trip or not.”

Howchin said Brazilian meat packer JBS had also been on the agenda for the trip for engagement over the firm’s deforestation in the Amazon. Howchin later told RI that JBS was a “key engagement” for the Swedish funds.