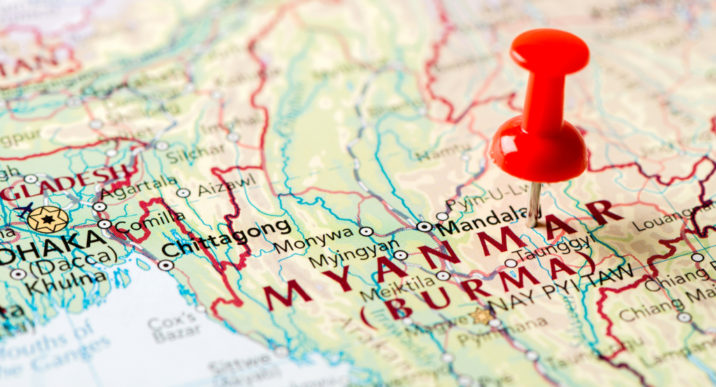 In November, the fund’s Council on Ethics recommended that the company be placed under observation “due to an unacceptable risk that the company is contributing to serious violations of the rights of individuals in situations of war or conflict.”

Its concerns centred on Adani Port’s association with the military in Myanmar, which in February 2021 staged a coup, resulting in the deaths of thousands of people.

In 2019, according to the Council, a subsidiary of Adani signed an agreement with military-owned conglomerate Myanmar Economic Corporation (MEC) to develop the Ahlon International Port Terminal in Yangon.

In its guidance, the Council gave its view that the collaboration of Adani Port’s subsidiary, Adani Yangon International Terminal Company Limited, with MEC “may contribute to strengthening the armed forces’ economic and logistical capacity”.

Its recommendation that the company be added to the observation list came just a month after Adani Ports announced it was planning to exit its investment in Myanmar.

Despite this, and given the situation in the country, the Council stated, “there is significant uncertainty with respect to when such a withdrawal will be possible to implement”. NBIM has now followed this guidance.

The ethical advisory body pointed to information published on Chinese websites indicating that the manufacturer, named after the former Olympic gymnast, had signed a “cooperation agreement with a supplier said to manufacture inside an internment camp” in 2017.

It added that it had seen no information indicating that Li Ning had investigated or addressed these potential links to the human rights abuses of the Uighurs and other ethnic minorities in Xinjiang province, nor did the company respond to requests for information from the Council, forcing it to conclude that “the risk of the company contributing to serious human rights abuses is unacceptably high.”

NBIM also announced that it had placed Canadian jet manufacturer Bombardier under observation for two years due to corruption concerns. The Council on Ethics had recommended that the company only be put under observation and not excluded as it divested its transportation division, to which most corruption cases were linked, last year.

South Korean-based Hyundai Glovis was also put on the observation list in response to the company’s previous practice of disposing of ships by scrapping them on the beaches of Pakistan and Bangladesh, a practice called “beaching”, “where working conditions are very poor and pollution of the environment is significant.”

On the advice of its Council, NBIM also announced yesterday that it had taken Taiwanese textile firm Nien Hsing Textile off its observation list along with Korean textile firm Hansae Yes24 Holdings and its subsidiary Hansae after they made improvements to their labour rights practices at their factories.

An exclusion on San Leon Energy was also removed after the Dublin-headquartered firm ceased its prospecting for petroleum in Western Sahara.