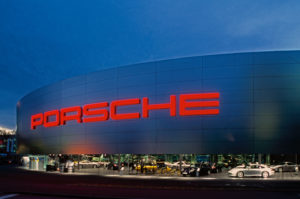 Norges Bank Investment Management, the arm of the Norwegian central bank which runs the NOK3.1trn (€394bn) Government Pension Fund, has withdrawn its request for a special audit of luxury car firm Porsche SE relating to its aborted plan to buy its larger rival Volkswagen.

NBIM and some German investors had asked a German court in 2010 to discover if the board of Stuttgart-based Porsche had operated outside its remit and taken on too much risk in its attempt to take control of VW in the 2005–2009 period.

The saga saw Porsche overstretch itself, and it is now being integrated into VW. See Responsible Investor coverage here

NBIM’s request ceased to be eligible after the German investors pulled out in May after Porsche proposed a special dividend for preference shareholders and said it would enhance its corporate governance.

“NBIM chose not to take part in the negotiations,” Norges said in its second-quarter report today.
It added: “We emphasise the need for permanentimprovement of governance standards to ensure equal treatment of shareholders and believe the initiative has brought attention to this issue in the German market.”

Norges wrote to VW supervisory board chairman Ferdinand Piech in October 2009 saying the deal to buy Porsche was “unacceptable”. NBIM argued that the deal was designed to suit the needs of the Porsche controlling families at the expense of Volkswagen and its non-controlling owners.
Elsewhere in the report, NBIM said that Danish wind turbine maker Vestas Wind Systems was among its three worst performing investments in the quarter, alongside HSBC and JP Morgan Chase.
It also took hits on oil majors Royal Dutch Shell, Exxon Mobil and Total – which are all among its 10 largest equity holdings.

NBIM voted at more than 8,300 company meetings in the quarter, including on 137 shareholder proposals relating to environmental and social issues.

Overall, the fund returned 0.3% in the period, 0.1 percentage point lower than benchmark.