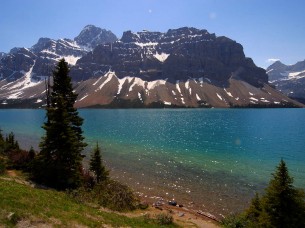 NEI Investments, the leading Canadian responsible investor, has divested its stake in financial holding company Great-West Lifeco because of a lack of disclosure of its climate change risks.

Great-West Lifeco owns major names such as Canada Life and Putnam Investments, the latter a signatory to the United Nations Principles for Responsible Investment.

“If you can’t change a company you don’t own, then divestment ought to be the last resort,” NEI said. It says it spent four years trying to learn how Winnipeg-based Great-West Lifeco was addressing the business risks of climate change.

“In the four years that Great-West Lifeco was on our Focus List,” NEI said, “we filed three shareholderresolutions and wrote two separate letters to management; yet managed to meet with company management only once.” The asset manager says it felt it had no choice but to sell its shares – which was unfortunate as there will be “even less pressure on the company to change”.

NEI’s most recent proposal on climate change risks at Great-West Lifeco was at the Toronto-listed company’s annual meeting in May 5 last year.

Great-West Lifeco, advising shareholders to vote against the proposal, said it “does not believe that climate change is having a significant impact on its business or on the businesses of its major subsidiaries”. NEI’s proposal received 7.3% support; a similar proposal the year before gained 9% backing. Link