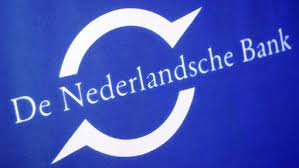 De Nederlandsche Bank (DNB), the Dutch central bank and pensions regulator, has teamed up with the Council on Economic Policies (CEP) think tank to hold an event on the role of central banks and green finance. They have made a call for academic papers in advance.

The event, planned for November 28-29 at the DNB offices in Amsterdam, comes against the backdrop of G20 leaders highlighting the necessity to scale up green financing. It will convene academia, central banks and research institutions.

Along with the DNB and the CEP, the International Monetary Fund and the Bank of England are involved in organising.

It comes as central banks around the world pay more attention to sustainability issues such as green finance. Bank of England and Financial Stability Board Chair Mark Carney created the Task Force on Climate-Related Financial Disclosures (TCFD). The DNB has been surveying financial institutions on climate risk and convening the Platform for Sustainable Finance. And in February, the Deputy Governor of the Bank of Italy Luigi Federico Signorini said climate risk was on its agenda.To accompany the event, the DNB and CEP have made a call for papers on five topics:
• What are the current impediments in financial markets for a significant expansion of green finance? What are the levers within their mandates that central banks have to help overcome these impediments?
• What is the role of central banks and financial supervisors in the transition to a low carbon economy? How can these institutions best facilitate this transition?
• How do monetary policy instruments and financial regulation influence capital flows into different sectors?
• Are there alternatives to the current design of conventional and unconventional monetary policy instruments and financial regulation that would be better aligned with the goal of scaling up green finance? What are potential consequences of these measures for he effectiveness of monetary policy?
• What is the effect of green finance instruments (such as green bonds) on green investments.

The papers, preliminary or completed, should be submitted by September 17 here. DNB and CEP will select event participants from paper authors by October 13, who will take part in the event workshops.