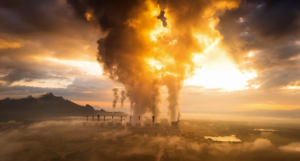 The London-based startup announced in December that it had raised close to $11m in seed funding from venture capital investors, allowing it to kick-start its campaigns against some of the biggest US firms, including Apple, Amazon, JPMorgan and Coca-Cola.

In its shareholder proposal, the activist investor calls on JP Morgan Chase to “end its investment, underwriting, and lending activities in fossil fuels”.

The International Energy Agency (IEA), the influential intergovernmental energy policy body, said last year that investment in new fossil fuel projects will need to stop immediately if the world is to limit global warming to 1.5 °C.

JP Morgan was again ranked as the world’s largest fossil fuel financier in the 2021 Banking on Climate Chaos report, which estimated that the bank has pumped $316bn in fossil fuels since 2016.

The bank is seeking to avoid the proposal via the US Securities and Exchange Commission’s (SEC) ‘no action’ process – the mechanism used by companies to seek assurances from the powerful regulator that they may exclude a proposal from going to the vote at their annual general meeting.

It argued that the filers have failed to demonstrate the eligibility requirements around stock ownership to file. The bank also argued that the proposal falls afoul of the SEC’s rules around micromanagement and that it substantially duplicates another shareholder proposal it intends to allow to go to a shareholder vote “in the event that the Staff does not concur with the exclusion of the previously submitted proposal”.

JP Morgan is also seeking to exclude climate proposals from seasoned US SRI investors, including one from Boston Trust Walden asking for a report on how JP Morgan’s lobbying activities – both direct and indirect – align with the Paris Climate Accord’s goal of limiting warming to 1.5 °C.   Another filed by Mercy Investments, similar to the one filed by Tulipshare, asks the bank to ensure that it does not finance new fossil fuel supplies inconsistent with the IEA’s Net Zero Emissions by 2050 Scenario.

JP Morgan is seeking to exclude both on the basis that they both touch upon issues of ordinary business for the bank.

Companies’ use of the ordinary business rule, particularly in relation to climate proposals, has been persuasive at the SEC in recent years, but under the President Biden Administration the regulator is a very different body, and these appeals are likely to be less fruitful this year.

A spokesperson for Tulipshare told RI that “so far, thousands have shown interest in supporting our campaigns on Apple, Amazon, Coca-Cola, and JPMorgan”. But, she added, “this is just the tip of the iceberg. Our team of analysts and lawyers are gearing up for a busy proxy season, one that is sure to see many ESG topics on ballots, with more Tulipshare campaigns – and hopefully more wins for activist investors – on the horizon”.