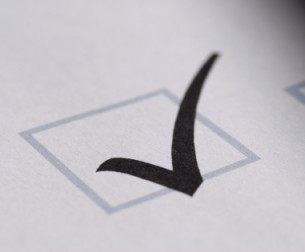 Six new asset owners, with combined assets of around £20bn (€23.4bn), have recently come out in support of the UK’s Stewardship Code – doubling the number of asset owner supporters to 24 from an initial 12.
The code was launched last year with the stated aim of enhancing the quality of engagement between institutional investors and companies to help improve long-term returns.
Asset owners that have backed the initiative since Responsible Investor’s most recent tally in January include the Avon Pension Fund, the Bedfordshire Pension Fund, DMGT Pensions (Daily Mail & General Trust), the Greater Manchester Pension Fund, the Pension Insurance Corporation and the London Borough of Ealing Pension Fund.
There are now a total of 149 investment institutions that have published a statement of commitment to the code, according to the website of the Financial Reporting Council, the watchdog which started publishing commitments to the code in October.That breaks down to 115 managers, 24 owners and 10 service providers (consultants and advisory firms).
Some organisations referred to by the FRC as asset managers, such as BP Investment Management and Nestlé Capital Management, could arguably be termed asset owners as they manage pension assets for their namesake sponsors.
There is some double counting on the listing, with Governance for Owners, for example, down as both a manager and an advisor. Hermes Equity Ownership Services and Hermes Fund Managers are separately listed, as is their parent, the BT Pension Fund.
There are still no sovereign wealth funds on the list, a target for the FRC. Despite letters of support from the likes of the Australian Council of Super Investors and CalPERS, there are no non-domestic asset owner backers as yet. This means that major global investors such as the Dutch pension giants ABP and PGGM are absent, as are institutions like the Norwegian Government Pension Fund, Sweden’s AP funds and France’s FRR.