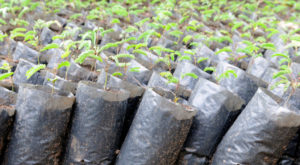 The UK Government has partnered with the Children’s Investment Fund Foundation to look at how to bring credibility to the voluntary carbon offsets market.

The pair are funding a Voluntary Carbon Markets Integrity Initiative (VCMI), backed by the COP26 Presidency and the UN Development Programme, to develop guidance on how carbon credits can be used, what transparency requirements are needed, and how to ensure appropriate claims are being made by corporates.

The project will be overseen by a Steering Committee co-chaired by the World Bank’s former Special Envoy for Climate Change, Rachel Kyte – now Dean of The Fletcher School at Tufts University – and Tariye Gbadegesin, CEO of Nigeria-based equity infrastructure fund ARM-Harith Infrastructure Investment.

VCMI’s secretariat will be hosted by US-based non-profit the Meridian Institute, which is now recruiting “leading authorities” on the voluntary carbon markets and climate change to form an Expert Advisory Group.

To mark its launch, VCMI has kicked off a consultation on how carbon credits can be used and claimed as part of credible corporate Net Zero strategies. The consultation proposes 10 principles “for high integrity and high ambition voluntary climate action”. Feedback will inform the initiative’s recommendations to be published later this year.

The launch of today’s initiative follows the creation of a Taskforce on Scaling Voluntary Carbon Markets (TSVCM) by former Bank of England Governor Mark Carney last year. That group, which is supported by companies including Delta Airlines, Bunge, Macquarie and BP, will focus on ways to scale up the market by standardising offsets and creating recognised trading platforms and other infrastructure.

Carney, who now heads up ‘transition investing’ at Canadian investment house Brookfield, is convening the private-sector as part of a separate role as the UK Prime Minister’s Finance Advisor for October’s COP26 climate negotiations in Glasgow. As part of those efforts, he has created the Glasgow Financial Alliance for Net Zero – an umbrella organisation for financial institutions committed to reaching Net Zero by 2050, many of whom plan to rely heavily on carbon offsets to reduce their carbon footprints.

Earlier this year, the UK Government created a Voluntary Carbon Markets Forum, Ied by former Chief Executive of the London Stock Exchange, Dame CIara Furse, which has pledged to implement the recommendations of TSVCM.

The new VCMI will work with TSVCM, but its focus will be on stopping greenwashing in the voluntary carbon markets as it scales.

The Children’s Investment Fund Foundation was originally a key funder of Carney’s Taskforce, but a spokesperson for the Taskforce was unable to confirm whether the foundation would be part of its latest phase of fundraising. CIFF did not respond to a request for comment about whether it would continue to donate to the Taskforce following the creation of VCMI.

Update: Since the publication of this article, the Children's Investment Fund Foundation has confirmed that it was no longer funding the TSVCM. "We are now funding the VCMI, which addresses the TSVCM's recommendation for the need for an independent initiative to focus on the integrity of climate action by businesses. Both TSVCM and VCMI are independent but complimentary initiatives," a spokesperson said.